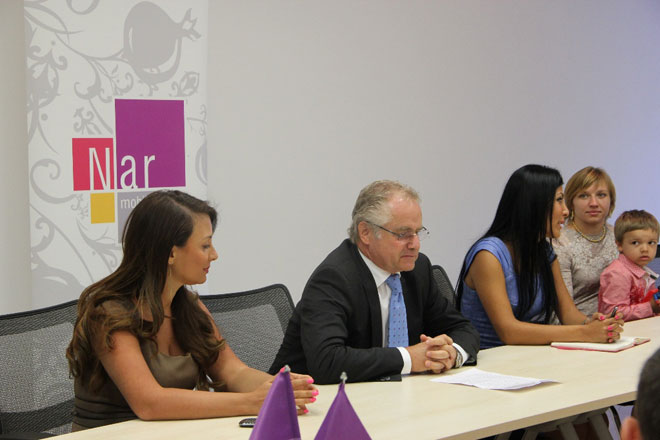 Mr Jurgen Peetz, the CEO of Nar Mobile, while speaking at the meeting and congratulating the winners, has emphaised the importance of the achieved results by Azerbaijan at the Olympics, pointed to another firm step in recognition of Azerbaijan in the world and greeted the special role of the athlets in this: "This day is a very pleasant and at the same time, remarkable day for us. Here, the Olympic winners of Azerbaijan participate at this meeting.

They have made a success story in the history of this country by gaining this time 10 medals at the Olympics. Every single Azerbaijani citizen and all those that rooted for this country are belated by the Azerbaijani Anthem sounded and the flag flying high. Following these victories, the entire Azerbaijan, including Nar Mobile are proud of you.

I am convinced that you will repeat such a brilliant performance in the next Olympics, and Azerbaijan will get even better re Nar Mobile, in its turn, being an Official partner of National Olympic Team, is happy for our sportsmen and sportswomen and wishes them successes and new victories at the XXII Winter Olympic Games to be held in Sochi in 2014".

The medallists also expressed their thanks to the country's leadership, the National Olympic committee, Azerbaijani population and Nar Mobile: "Each gained victory brings an immense joy and a sense of pride to each Azerbaijani. We felt the tremendous support from our Motherland. This support came from the country's leadership to our fellow compatriots. One of our supporters was the Nar Mobile Company. The Company has created such conditions for us. We could talk to our beloved ones in Azerbaijan by receiving motivation and cheering up. Therefore, we stress our deep thanks to Nar Mobile", said the medalists of the Olympics.

At the end the Olypmpic winners met with the employees of Nar Mobile and shared the feelings and experience obtained at the competion. The valueable gifts, including VIP numbers with the special yearly balance, were presented to the sportsmen and sportswomen.

Nar Mobile congratulates all athletes and their coaches with and expresses its readiness to support our Olympic participants in future. 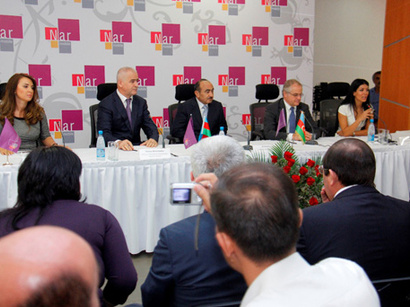 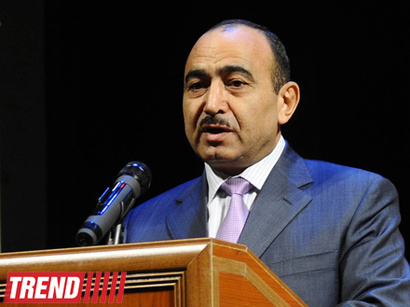 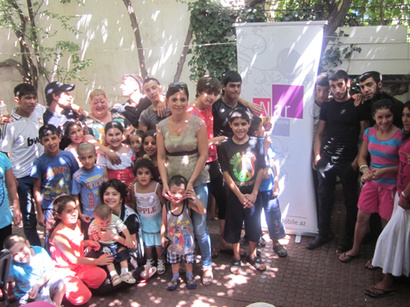