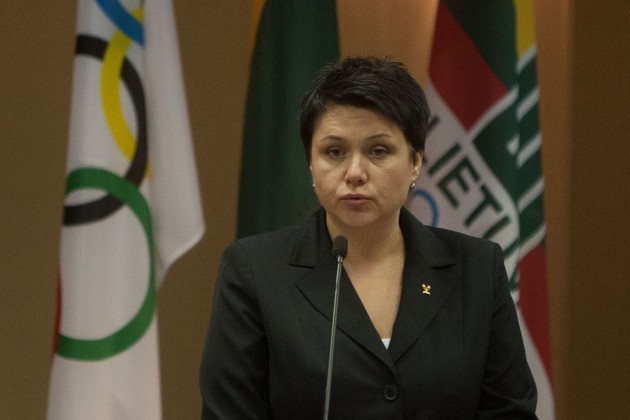 The level of preparing and holding the first European Games in Baku is very high, Daina Gudzinevičiūtė, president of the National Olympic Committee of Lithuania, told Trend June 15.

"We have not faced any problems or difficulties," she said. "Everything is ready and very nice. Together with our delegation we noticed that women's involvement is felt everywhere, that is, the activity of the first lady of Azerbaijan, chairperson of the Organizing Committee for the Games. Of course, the level of sports facilities is very important. Everything looks nice and leaves a good impression."

Gudzinevičiūtė also shared her impressions of the opening ceremony.

"The opening ceremony of the first European Games was very impressive," she said. "Of course, I thought it would be like the Olympic Games and my expectations were confirmed. It was very exciting to watch the ceremony. I liked the performance very much and the level was very high."

The country at the first European Games is represented by a delegation of 72 athletes in almost all kinds of sports, according to the president of the National Olympic Committee of Lithuania. "We are looking forward to medals," she said.

"The Lithuanian wrestlers were competing June 14, we were supporting them a lot, but unfortunately they were not able to reach the next stage," said Gudzinevičiūtė. "We did not know that the Azerbaijani wrestlers are much stronger."

The head of the National Olympic Committee expects good results from the Lithuanian basketball players as well.

The head of the National Olympic Committee said that before the Games, the Olympic Committee of Lithuania took the initiative to inform the Lithuanian fans about the first European Games in Baku. In this regard, cards with the symbols of European Games have been issued, which could be obtained free of charge at post offices in the major cities of Lithuania and sent to loved ones. Thus, Lithuanians long before the Games began were informed about this great event in the history of the sport, she said.

Gudzinevičiūtė sent the first postcard to the organizers of the Games. Some 10,000 postcards were handed over to the post offices in Vilnius, Klaipeda, Siauliai and Panevezys.