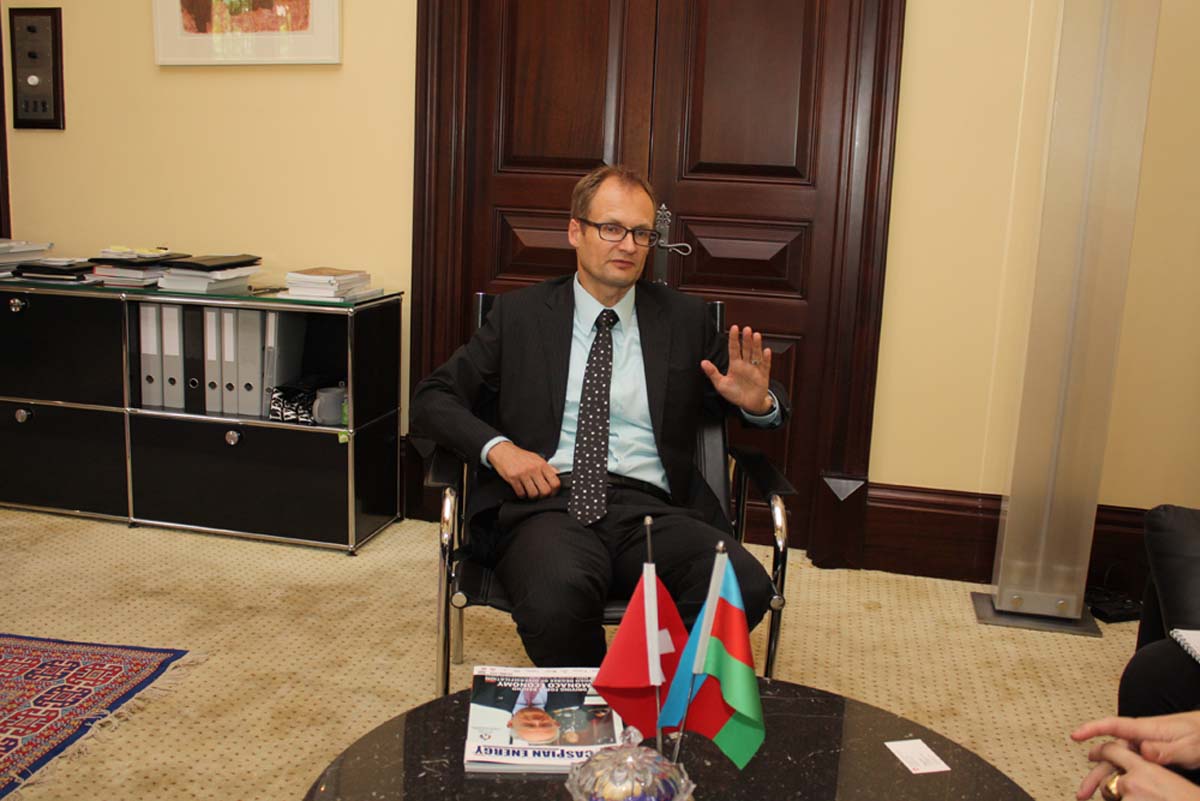 Over 20 Swiss companies actively operate in Azerbaijan, and almost all of them have representative offices in the country, Philipp Stalder, ambassador of Switzerland in Azerbaijan, said at a press briefing in Baku Jan. 12.

Trade turnover between Azerbaijan and Switzerland amounted to $200 million in 2017, the ambassador said, adding that this is lower than in previous years, but the existing level of bilateral relations will undoubtedly contribute to increase of the trade.

Speaking about the official visits of the presidents, as well as the ministers of the two countries, the diplomat noted that the meetings between the presidents of Azerbaijan and Switzerland have already become traditional.

The envoy expressed hope that the meetings will continue to promote fruitful cooperation between the two countries.

Last year, the 25th anniversary of the establishment of diplomatic relations between Azerbaijan and Switzerland was celebrated, and an office for cooperation between the two countries was also opened in Baku, he said, adding that through the office the sides are going to implement new projects and further strengthen cooperation.

Speaking about the areas of cooperation between the two countries, the ambassador also mentioned education, noting that a great number of Azerbaijani students graduate from Swiss universities every year.

The sides are also going to organize a number of cultural events in 2018, thus introducing the Swiss with Azerbaijan and the Azerbaijanis with Switzerland, the ambassador said.

He noted that filming of a Swiss movie will be partly held in Ganja city, and a photo exhibition is also planned to be held there.