Speaking on the air of the famous Arab Al-Jazeera TV channel, Editor-in-Chief of the Trend News Agency Rufiz Hafizoglu said that it is Armenia that is responsible for the escalation of the Nagorno-Karabakh conflict.

“In response to the military provocation of the Armenian armed forces, the Azerbaijani army launched a counteroffensive. Armenia, which claims to be in favor of peace, has no idea what it is, and it is Yerevan that is to blame for the escalation of the conflict in the region,” Hafizoglu said.

The editor-in-chief noted that all attempts of Armenia’s Prime Minister Nikol Pashinyan to shift the arrows to Azerbaijan in this situation, making it an aggressor, are doomed to fail.

“Pashinyan is deceiving his people, and by aggravating the situation in the occupied territories, he is trying to divert attention from economic and political problems within the country,” Hafizoglu said.

Moreover, speaking on the air of the Egyptian Al-Shurug TV channel, the editor-in-chief of the Trend News Agency brought to the attention of Arab viewers that Armenia is transferring Armenians to the occupied Azerbaijani lands from Lebanon, Syria, Iraq, and also Egypt.

Hafizoglu noted that Armenia grossly violates international law and ignores the resolutions of the UN Security Council on the Nagorno-Karabakh conflict.

The world community, particularly the Arab countries - members of the Organization of Islamic Cooperation (OIC), must show solidarity with Azerbaijan, he said.

During his speech on the air of the Russian TV channel Rusiya Al-Yaum, which broadcasts in Arabic, Hafizoglu noted that Azerbaijan gives an adequate response along the entire front line to provocations and aggression from Armenia.

“Azerbaijan is conducting military operations on its territory and liberates its lands from the Armenian occupation. Everyone knows that the OSCE Minsk Group isn’t taking any action to resolve the conflict, as a result of which the occupying forces are increasingly entrenched in Azerbaijani lands,” he said.

Hafizoglu also noted that the information spread by a number of media outlets that Turkey allegedly sends militants from Syria and Libya to Azerbaijan is a lie and another Armenian disinformation to slander Azerbaijan and Turkey.

The Armenian authorities have turned the occupied Azerbaijani territories into a den of the PKK and ASALA terrorists, he said.

Commenting on the situation to the Omani WisalFM radio, the editor-in-chief said that it is not the first time that the Armenian armed forces commit provocations against the civilian population of Azerbaijan in the front-line zone.

“Azerbaijan aims at liberating its territories, and the whole world recognizes that Nagorno-Karabakh and seven adjacent regions are the territory of Azerbaijan,” Hafizoglu emphasized. 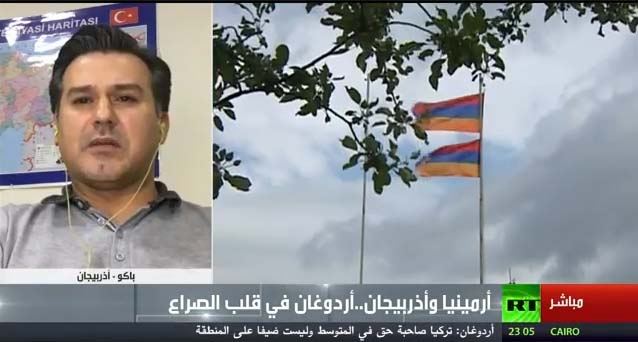 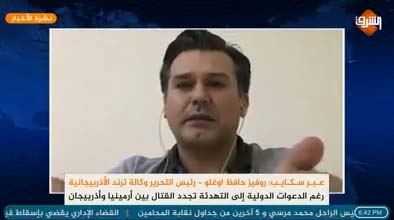 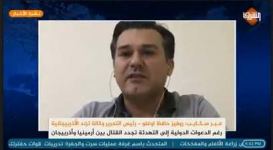