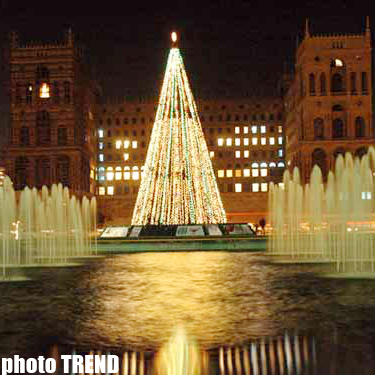 On Jan. 1 New Year is marked in Azerbaijan.

January ('Janvarus' in Latin), named in the honour of ancient Rome God Yanus, is the first month in the Gregorian calendar adopted in 1582. By the order of the Russian tsar Peter I, the Gregorian calendar was replaced by the Roman calendar. According to that order January - the date of the birth of Jesus, was declared the beginning of the year and the 18th century started from January 1st, 1701.

The calendar was officially adopted in the former Soviet Union by the decree of V.I. Lenin in 1918. If New Year started on the 13th day of each month till that period, now the matter settled and January the 1st determined New Year day and the day of the holiday.

The same calendar is still applied in the Republic of Azerbaijan even after it gained its independence and the 1st of January is a national holiday.