Opening the new building is dated to the beginning of festivities Iran on the 31st anniversary of the Iranian Islamic Revolution. From Feb. 1, Iran has started a visa-free regime with Azerbaijan unilaterally. 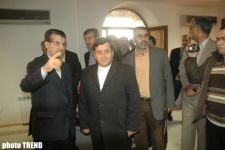 Uzbekneftegaz reveals worth of products production for 2020