After singing Azerbaijan's national anthem, head of the Azerbaijani Representation to NATO, Ambassador Kamil Khasiyev and military spokesman Major-General Hussein Mahmudov addressed at the event. Speakers informed the guests about the history and development of the Azerbaijani Armed Forces and the relations between Azerbaijan and NATO.

Within the event the exhibition "Views of modern Baku" was organized. During the exhibition, visitors were informed about the history of Baku, political and geographical importance of the city over the centuries.

During the reception symphonic works of Azerbaijani composers were voiced, video materials on Azerbaijan and the country's Armed Forces were demonstrated. 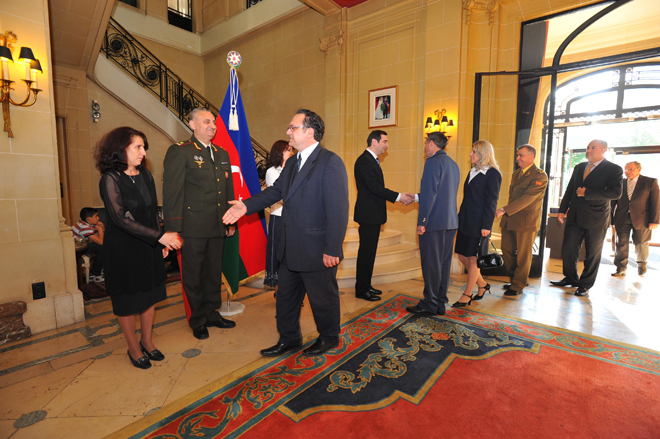