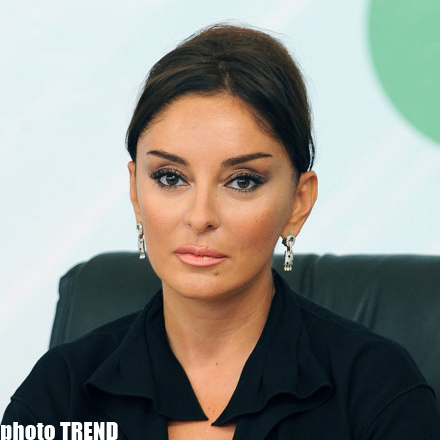 Germany's influential "Hanseatic Lichthouse" publishing house has recently published a'Women's Leadership - Power of women. Learning from the world's most successful women' book by Director of the Politics and Public International Institute Kerstin Pleven. The book includes interviews and articles of world's 60 most successful, influential and well-known women from 30 counties.

An interview of Azerbaijan's first lady, UNESCO and ISESCO Goodwill Ambassador, chairwoman of Azerbaijan-France friendship group, MP Mrs. Mehriban Aliyeva, was also published in the book. The publication is aimed to learn secrets of the women who achieved success in personal and social activities, as well as cover their valuable advice in connection with their public activity.

The book also includes interviews and articles about other public figures such as German Chancellor Angela Merkel, US Secretary of State Hillary Rodham Clinton, UNESCO Director-General Irina Bokova and others.

Mrs. Aliyeva's interview greatly informs about projects realized by the Heydar Aliyev Foundation and role of Azerbaijani women in the country's socio-political and cultural life, as well as about the fact that Azerbaijan become one of the first countries in the world to give voting rights to women and other topics.

Speaking about the Armenian-Azerbaijani Nagorno-Karabakh conflict in her interview, Mrs.Aliyeva underscored the problems of refugees and internally displaced compatriots.
Emphasizing that Azerbaijan pays a great importance to the education of women, Mehriban Aliyeva said the number of women working in the state organizations, scientific institutions and private sector gradually increase in the country.

Mrs. Aliyeva brought an interesting fact to the attention of the world community, saying that a water supply system was established in Shusha for the first time in the mid-19th century thanks to charity activities of Khurshudbanu Natavan, who was a well-known public figure and poetess. She said the system functioned until the beginning of the 1990s and was destroyed during the Armenian occupation. 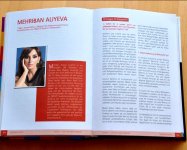