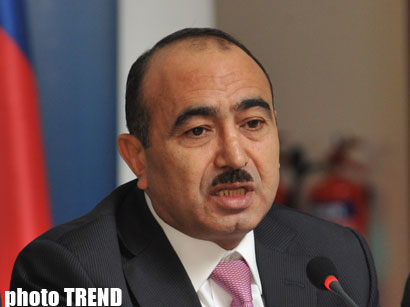 Azerbaijan has been trying for 20 years to inform the U.S political planning centers and all bodies carrying out state policy, that Azerbaijan's rights were violated in the issue of Section 907, Azerbaijani Presidential Administration Social and Political Department Chief Ali Hasanov told media today.

"For now the section has lost its relevance to Azerbaijan," he stressed.
"We do not expect any financial and economic assistance from the U.S," he said. "We do not need it. Azerbaijan and the U.S are equal partners. If the political planning centers of this country think that abolishing Section 907 is in the interests of the U.S, they will cancel it. Otherwise, we will not insist on this. We do not need to receive any grants from the U.S as part of Section 907."

The U.S. Congress adopted the Freedom Support Act in October 1992 to regulate rendering state aid to former Soviet republics. According to Section 907 of the law, the U.S. government was forbidden to assist Azerbaijani official bodies. Section 907 has been suspended by the U.S. president since 2002 on an annual basis in accordance with his powers given by the Congress in 2001.