As stated, No 327 School has been built since April 2010 when the Head of State familiarized himself with the socio-economic development of Baku settlements.

The President issued a special order for construction of 640-seat School here. Thus, the modern standard School building was built in short time.

The School includes a "smart-classroom" for the first time in the CIS space, and also interactive smart LCD, to provide interactive teaching.

The Head of State was also informed about the redevelopment activities in the vicinity of School. 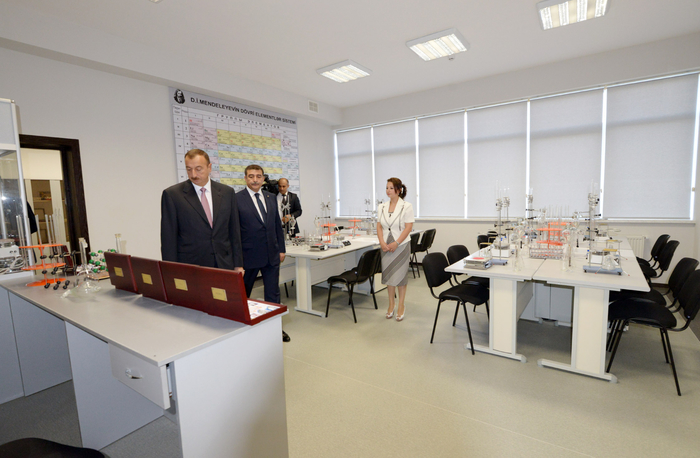