Politics Materials 16 January 2013 13:17
Azerbaijani President Ilham Aliyev presided over a meeting of the Cabinet of Ministers on Tuesday, to discuss the outcomes of the country's socioeconomic development in 2012, and outline priorities for 2013. Azerbaijani President Ilham Aliyev presided over a meeting of the Cabinet of Ministers on Tuesday, to discuss the outcomes of the country's socioeconomic development in 2012, and outline priorities for 2013.

According to the President, as a whole, last year was very successful for the country's economy.

Ilham Aliyev noted that it is not surprising, since last year's success was laid in the previous period.

"Our thought-out economic policy is already yielding excellent results, the dynamics is positive, and the development is very good. Actually, in early 2012, we did not have any doubt regarding the final results of the year," President Aliyev underlined.

He said the gross domestic product grew by 2.2 percent, adding that 'it is a very high figure for developed countries, especially in the crisis years'.

"Of course, this is not exactly acceptable for us, given the fact that in previous years our rates were higher. But if to consider that last year there was a reduction in oil production and industrial production declined by 2.3 percent as a whole, then a 2.2-percent increase in gross domestic product is a very positive indicator," the Head of State said.

The President added that the most gratifying fact is that Azerbaijan achieved this growth due to the non-oil sector.

"Last year, our non-oil sector grew by 9.7 percent. Thus, we were able to achieve the tasks set a few years ago on diversification of the country's economy," Ilham Aliyev said.

He said non-oil industry in Azerbaijan grew by almost 8 percent and agriculture by about 6 percent.

"The macroeconomic situation is very positive. Inflation is just 1.1 percent. This is the lowest level in recent years. The cash income of the population has increased by 13.8 percent. That is, the difference between inflation and cash income is more than 10 percent. I think it is also one of the highest rates in the world. Keeping inflation at a low level is not so easy," the President underscored.

"Some $13 billion of this sum, even a little more are domestic, while about $9 billion is foreign investments. This is also a very positive indicator. First of all, it shows that domestic investments have been dominating in the overall investment portfolio for several years already," the President said.

The Head of Azerbaijani state noted that on the other hand foreign investments in the amount of roughly $9 billion testify that Azerbaijan is a very reliable partner for foreign investors and a very attractive country. 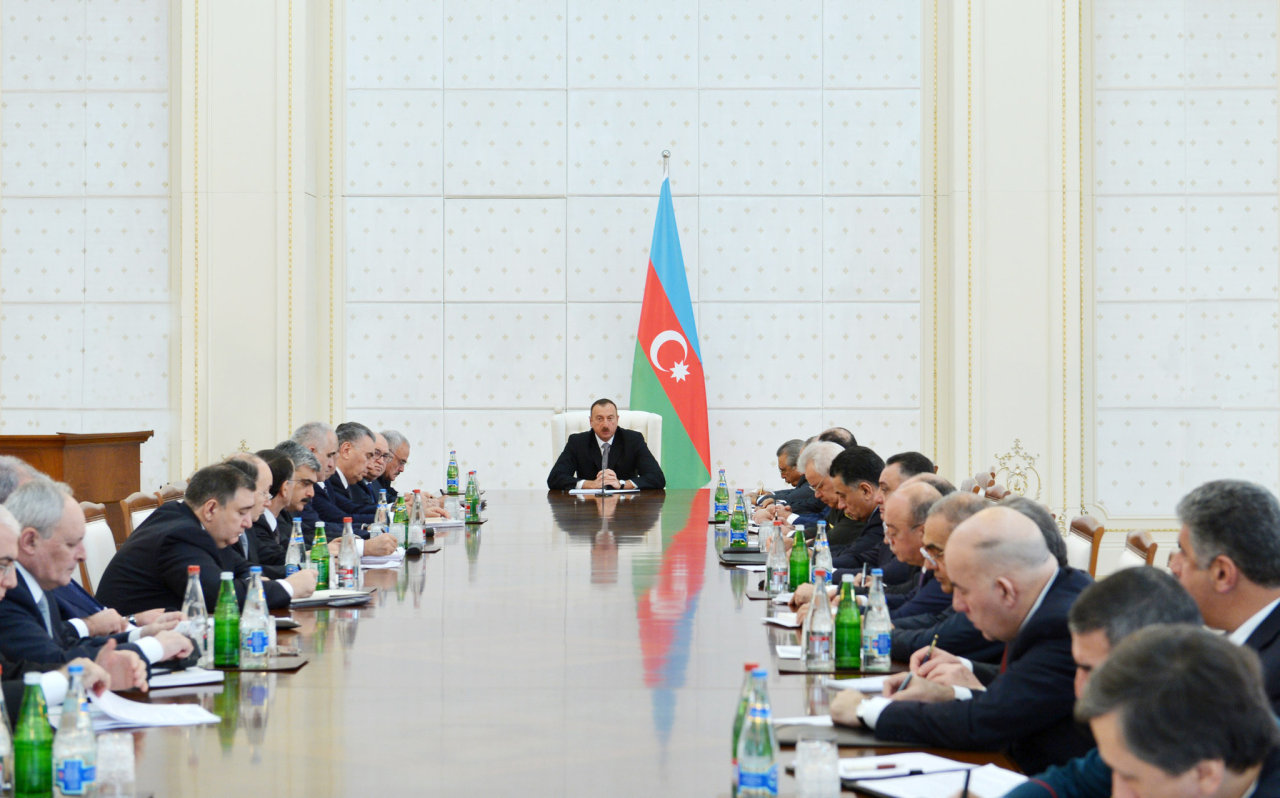