A rest stop for Europe 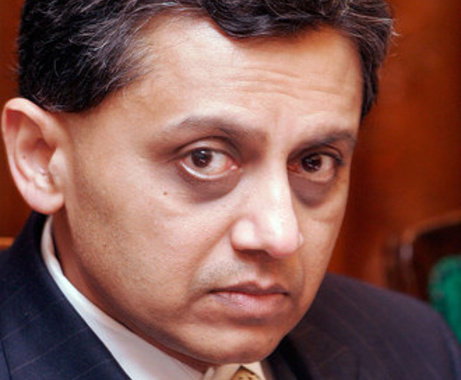 former mission chief for Germany and Ireland at the International Monetary Fund, is currently Visiting Professor of International Economic Policy at the Woodrow Wilson School of Public and International Affairs, Princeton University

Last week, in a highly anticipated speech , German President Joachim Gauck cautioned against the blind pursuit of an "ever-closer" European Union, acknowledging that the growing inequality among member states is generating "a sense of unease, even unmistakable anger," and increasing the risk of national humiliation. He pointed out that, in addition to the economic crisis, there is "a crisis of confidence in Europe as a political project,", Azernews reported.

While Gauck made clear that he remains decidedly pro-Europe, he highlighted the need for closer reflection about Europe's future - and especially that of the eurozone. Standing on the verge of greater integration, Europeans are hesitant, "unsure whether we should really stride out on the onward journey." Addressing this hesitation, he declared, will require a thoughtful, nuanced understanding of what "more Europe" actually means.

Gauck may not have gone far enough: At this point, an ever-closer union may be a political mirage. Any meaningful progress toward stabilizing the eurozone would require a significant - potentially open-ended - financial commitment, and the EU is not politically ready to cross that threshold. Repeatedly pretending to move forward, then pulling back at the critical point, exacerbates political uncertainty and economic vulnerability.

Rather than indecisively pursuing more unity, this may be the moment to restore effective sovereignty to national authorities in eurozone countries. Such a move would alleviate anxiety in the short term, thereby giving Europeans the opportunity to regroup in preparation for future steps toward a more integrated Europe and a more resilient euro.

To this end, eurozone leaders must take three key steps. The dysfunctional system of European fiscal governance should be dismantled; fiscal responsibility should be returned to member states; and, to minimize the risk of excessive future lending, private lenders should be required to bear the losses implied by unsustainable sovereign debt.

The case against European fiscal governance is straightforward. Before the crisis, the single-minded emphasis on reducing national budget deficits to less than 3% of GDP led to extensive abuse. Either the target was openly flouted, as it was in leading economies like Germany and France, or the data were manipulated to obscure problems (a common practice throughout the eurozone, not just in Greece). And the belief in economic growth as a fiscal panacea led to unrealistically optimistic GDP forecasts.

When the crisis struck, the 3% deficit target became the focal point for unrelenting austerity - a form of what anthropologist Clifford Geertz described as "involution," which occurs when a process intensifies rather than changes in response to external or internal pressure. In other words, EU leaders began to complicate fiscal governance, ultimately creating an inefficient, inescapable labyrinth of regulation and bureaucracy. As fiscal metrics become increasingly intricate, monitoring efforts will become ever easier to undermine.

The case for returning fiscal responsibility to national authorities is also strong - and not only because centralized fiscal authority has proved to be so inefficient. With citizens of distressed countries bearing the fiscal burden of the crisis, the enduring presumption that they will not act responsibly is patronizing, at best. And the current strategy of exchanging goodies for good behavior encourages game-playing and dilutes responsibility. While the risk that governments will succumb to fiscal temptation remains, citizens' current suffering is likely to deter future excesses.

National fiscal sovereignty would facilitate the final crucial step: building a more mature relationship with private lenders. The eurozone was founded on the "no bailout" principle: if member states could not repay their debts, lenders would bear the losses. But lenders chose - correctly, as it turned out - to disregard that threat. Instead of enforcing the no-bailout principle and establishing a precedent, debtor countries used official loans to repay private creditors.

As a result, these countries have condemned themselves to continued austerity, low growth, and high debt, while diminishing any future incentive for private lenders to impose fiscal discipline on sovereign borrowers. Only by shifting the burden of responsibility back onto private lenders can debtor countries escape this quagmire.

In the United States, each state is responsible for its fiscal management, without being forced to comply with a single, overarching template. The states are not regulated by the federal government; they are disciplined by the knowledge that no one will repay their debts for them. And the system seems to work: entering the crisis, US states had significantly lower deficit and debt ratios than the eurozone's vulnerable member states.

So far, European integration has largely been a process of "falling forward," with each stumble serving as a lesson from which a stronger union emerges. But, while this uncertain approach may suffice as a basis for declarations of good intentions, it does not inspire the confidence required for countries to make the profound financial commitment that is now needed.

Europeans should have the chance to regain their footing. Transferring fiscal responsibility back to national authorities would not only mean the end of counterproductive efforts to manage fiscal affairs centrally; it would also diminish the sense of frustration and lack of control that is fueling Euro-skepticism.

In short, taking a step back would provide an opportunity to reset, to reflect, and to plot the best course toward a more stable, more integrated Europe. For a fiscal union to function - however unlikely that outcome may be - a solid foundation is crucial. As Gauck explained, Europeans "are pausing to... equip [themselves] both intellectually and emotionally for the next step, which will require [them] to enter uncharted territory."

Giving Europeans the time and space to choose more Europe would reinforce the core values upon which integration has rested for more than six decades. Continuing to stumble forward, however, would inevitably lead to a debilitating, if not fatal, fall. Southern Gas Corridor could be used for exports to Europe from other Caspian countries
Oil&Gas 23 December 2019 09:47