The meetings between the Azerbaijani authorities and political parties are becoming traditional, the Head of the Public and Political Issues Department of Azerbaijan's Presidential Administration Ali Hasanov said on Feb.12.

The top official made the remarks during a meeting between the Azerbaijani government representatives and the opposition that has kicked off at the Baku International Press Center.

He reminded that the first such meeting was held two months ago and focused on a number of issues.

Ali Hasanov added that any issues related to the country's present and future, the state, society can be discussed between the country's authorities and the opposition, since these two institutions in fact determine the fate of the current and future governance of the Azerbaijani society in public, political, social and other spheres, as well as the country's domestic and foreign policy.

"I'm confident that the representatives of the political parties will propose good ideas and topics and we will reach a definite opinion by discussing these issues in such meetings," said the top official.

Deputy Head of the Public and Political Issues Department of Azerbaijan's Presidential Administration Tahir Suleymanov, sector head at the department Elman Pashayev are also participating in the dialogue.

The first dialogue between the country's authorities and the opposition was held on Dec.13, 2014 with the participation of the Head of the Public and Political Issues Department of Azerbaijan's Presidential Administration Ali Hasanov.

During that meeting, the sides discussed the issues related both to the Azerbaijani government, political parties and the activities of media outlets. Moreover, they had discussions on financing the political parties, providing them with headquarters, participation in the elections and other issues.

Both sides emphasized the great importance of continuing such meetings on regular basis in the future. 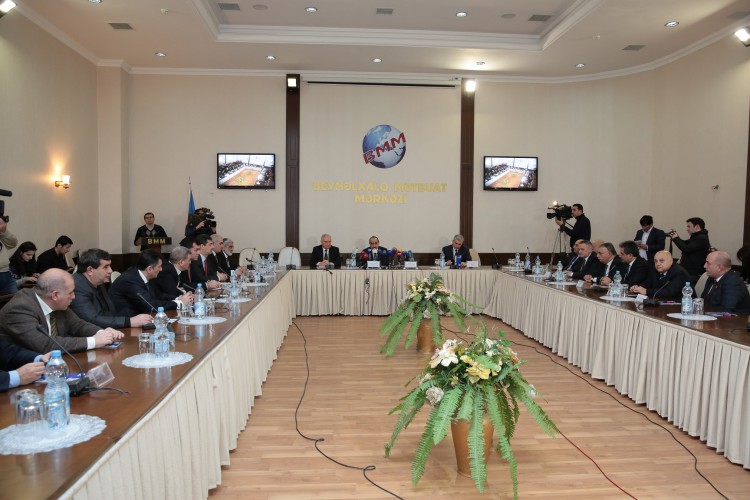