Azerbaijani first VP: I call on Freedom House, Amnesty International and Human Rights Watch, organizations declaring that protection of human rights - their mission, to give fair assessment to events (PHOTO) 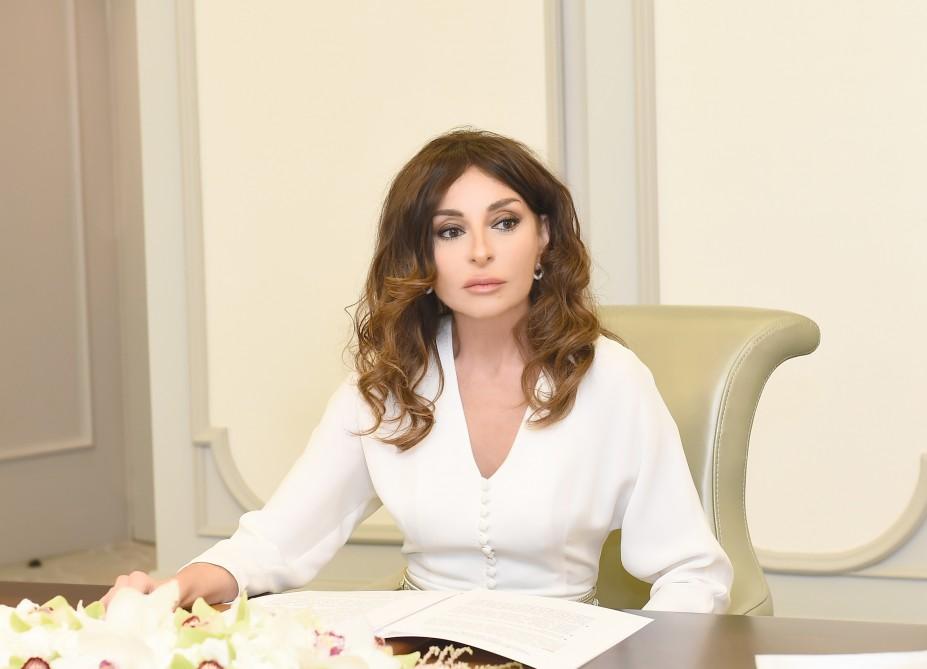 First Vice-President of the Republic of Azerbaijan Mehriban Aliyeva has addressed fellow compatriots in connection with the recent events in Los Angeles and the capitals of some European countries.

"Dear fellow compatriots! The recent events in Los Angeles and the capitals of some European countries have angered millions of Azerbaijanis, including myself," said the message posted on Mehriban Aliyeva’s official page on Instagram, Trend reports on July 24.

"The peaceful and patriotic actions of Azerbaijanis in support of their homeland, pre-agreed with relevant government agencies of respective countries, were met with physical violence, aggression and inhuman hatred by members of the Armenian diaspora," the message said.

"Well-prepared and trained provocateurs took advantage of their large numbers to attack and injure peaceful protesters," the message said. "In a number of cases, aggressive Armenian groups attacked Azerbaijanis who could not resist the outnumbering enraged crowd."

"The decades of hatred and the ideology of phobia of Azerbaijan are bearing fruit – some Armenians throw stones at peaceful Azerbaijani protesters in the center of world capitals, while others fire heavy artillery at the homes of Azerbaijani citizens," the message said.

"There have been many instances of such crimes against the Azerbaijani people in history," the message said. "Suffice it to recall the massacre of the peaceful Azerbaijani population of the city of Khojaly by Armenian armed forces in the early hours of February 26, 1992. Those tragic events have been recognized as an act of genocide by more than 10 states and condemned at the level of international organizations."

"On that bloody night, militants armed to the teeth killed 613 people with particular cruelty, 421 civilians were tortured and humiliated, 1,275 people were missing or taken prisoner, and the city itself was almost completely burned out," the message said.

"As a result of the received gunshot wounds, more than a thousand civilians became disabled," the message said. "Among those killed were 106 women, 63 children and 70 elderly."

"Eight families were completely destroyed, 25 children lost both parents and 130 lost one of them," the message said. "Fifty-six people were burned alive."

"The murder by Armenian aggressors of two-year-old Zahra Guliyeva, who died together with her grandmother in the aftermath of shelling of the Alkhanli village of Fuzuli district on 4 July 2017, is just as indicative," the message said. "Or the killing on 14 July 2020 of Aziz Azizov, a 76-year-old peaceful resident of Tovuz district who died as a result of artillery shelling of civilian targets by the Armenian armed forces."

"For more than 30 years now, the Armenian agitprop, not without the help of the large diaspora, has been conducting frenzied anti-Azerbaijani propaganda in an effort to justify these cruel crimes," the message said. "It is no secret that the absolute majority of slanderous campaigns against our country are also inspired and financed by the Armenian diaspora."

"The degree of hatred and aggression goes off scale so much that some of its representatives decide to commit lawlessness and outrage in the capitals of Western countries that consider themselves the cradle of democracy," the message said.

"How else can one explain the fact that stones are thrown at the Embassy of the Republic of Azerbaijan and peaceful demonstrators are injured in the political center of the united Europe, in Brussels? the message said.

"The gruesome footage of violence and vandalism from Los Angeles, Brussels and other cities, showing the true face of our opponents, arouses not only legitimate outrage but also well-founded questions," the message said.

"Why do the law enforcement agencies of these countries allow the impudent gangster groups to commit such atrocities? How can one turn a blind eye eyes to these crimes? the message said.

"On behalf of millions of Azerbaijanis around the world, I call on the law enforcement agencies of the United States, Belgium and other states to conduct a thorough investigation into these events, give them an appropriate legal assessment and bring all those responsible to justice, because evil must be punished," the message said.

"I also call on numerous non-governmental organizations, including Freedom House, Amnesty International and Human Rights Watch, organizations declaring that protection of human rights is their mission, to give a fair assessment to these events," the message said.

"For some reason, we are not hearing from them yet," the message said. "I do hope that these organizations are principled enough to move away from the policy of double standards and make statements based on facts."

"Dear brothers and sisters! The incident clearly demonstrates how serious a threat to the peaceful Azerbaijani population is posed by Armenia’s aggressive policy," the message said. "Under such circumstances, it is our duty to convey this truth to the world community."

"Our task is to unite and persistently demand from all platforms a fair investigation into the recent acts of violence and to bring those responsible to book," the message said.

"Every voice matters! I call upon the Azerbaijanis of the whole world to act together, to unite the full potential of our diaspora in order to repulse the outrageous enemy," the message said.

"But at the same time, we must remember that we cannot be like barbarians and bandits who are driven by cave hatred and intolerance," the message said. "Our struggle should be conducted exclusively within the legal framework."

"I want to thank everyone who has raised their voice these days and raised the flag of Azerbaijan in cities around the world," the message said.

"And let no-one doubt, no provocations can ever force us to deviate from the true path," the message said. "We are millions, but we have a common goal – the defense of the Motherland, the restoration of its territorial integrity and historical justice."

"Because Karabakh is Azerbaijan. And an exclamation mark! the message said.