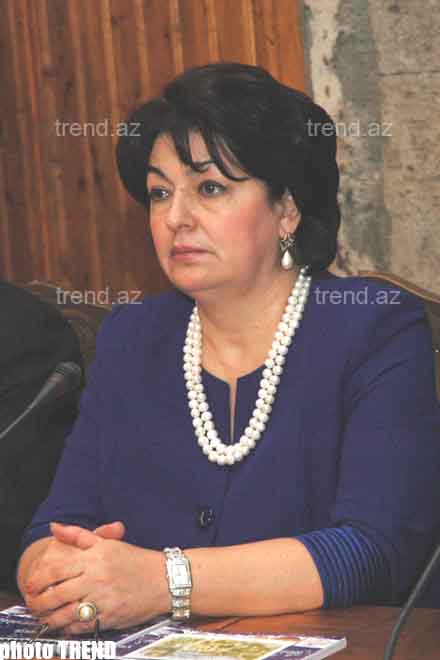 The representative of UN Secretary-General on the human rights of internally displaced persons appreciated the attention that Azerbaijani government pays to the refugees.

"The attention and care, which Azerbaijani government pays to people who have become refugees and internally displaced persons as a result of Armenian aggression, are worthy to a special assessment. Three years have passed since my first visit to Azerbaijan.

Over the past years, the Azerbaijani government has made important steps, providing IDPs with warm and cosy houses. We appreciate it," said Walter Kälin, Representative of UN Secretary-General on the human rights of internally displaced persons, at a meeting with chairwoman of Azerbaijan parliament's committee on human rights MP Rabiyat Aslanova.

Azerbaijan continues to implement activities to address the problems of refugees and internally displaced persons, Aslanova said during the meeting. "But it is impossible to fully and radically solve the problem of internally displaced persons unless the Nagorno-Karabakh conflict is solved. Therefore, all international organizations, including the UN should increase their efforts to resolve problems, achieve the implementation of resolutions of the UN Security Council," said the MP.

According to Aslanova, the government of Azerbaijan has addressed all the recommendations of the UN representative, which he made in 2007.

Kälin also believes that the conflict must be resolved in order to address the problems of IDPs.

"The desire of the Azerbaijani refugees and internally displaced persons to return to their native land must be taken into account. The conflict should be resolved as soon as possible. We stand for the peaceful settlement of the problem and hope that the conflict will be resolved soon," said the UN representative.