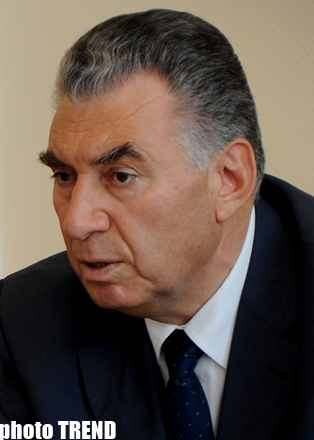 "The government may unload itself and the national NGOs may develop in this case," he told journalists today.

Over 2,600 NGO, including 107 international NGOs, operate in Azerbaijan.

The key point here is that NGOs must not have financial dependence and must not be financed by anyone, Hasanov said.

"A self-financing is very difficult, but such a system can be created," Hasanov said. "If NGO is financed by a donor, of course, it will depend on the donor. Nevertheless, most of NGOs try to demonstrate certain independence in projects."

Unfortunately, there are facts when some NGOs fell on unpleasant donors' influence in Azerbaijan, he said.

"NGOs need time to transfer to self-financing and I believe after the transition their dependence on donors will cease," Hasanov said. "The state support to NGOs is of crucial importance."

"If we look at the structure of the state financial support to NGO, we may see that this is less dependant on international donors. The state allocates money to the Council and the Council announces a tender. There is certain publicity here, so the dependence is less. It is a transition period and the state will support NGOs until they stand on their knees," Hasanov said.

The State Support Fund to NGOs under the Azerbaijani President operates in the country. The Fund announces the competition to finance the projects twice or thrice a year.