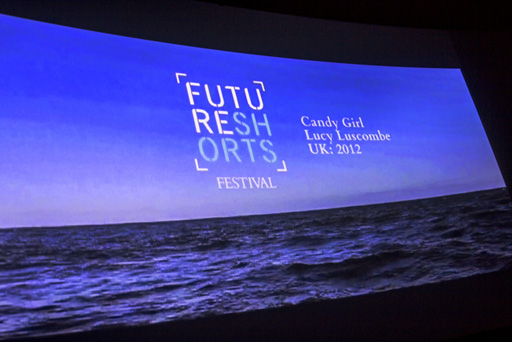 Screenings of the winter season of the Future Shorts Film Festival, organized by YARAT! Contemporary Art Space were held at the 28 Cinema Сlub (28 Mall) in Baku.

The authors and creators of Secret Cinema, the world's largest FUTURE SHORTS Film Festival will hold screenings of the Winter Season 2013, which features 7 of the best cutting-edge short films from all over the world, from January to March 2013.The world's largest film festival covers 90 countries, 325 cities and 45,000-member audience.

A special highlight comes in the form of Sundance Grand Jury Prize winner "Fishing Without Nets" (Kenya, 2010), a fascinating story of pirates in Somalia told from the perspective of the Somalis.

Future Shorts is the product of 10 years of audience development, experimentation and of reacting to the demand for another way of experiencing film. Since 2003 Future shorts builds a new audience for film across the globe and developed a platform for filmmakers that allow millions of people worldwide to engage with their work.

Showcasing the most exciting short films and filmmakers from around the world in amazing venues, Future Shorts continues to build a massive screening network and powerful community - highlight screenings from the Autumn season include: Clockenflap Festival in Hong Kong, launching at the Fers Function House in Mongolia, Edge of Arabia in London, screenings at the British Library, the Technology centre in Taiwan, a collaboration with the London School of Economics are just a few examples.

The Autumn Season was screened in 42 countries and over 135 cities. For the first time the Festival partnered up with PEN International and Malaria No More UK.

More than 25,000 attended the Autumn Season and voted for their favourite short film - Reto Caffi, director of "On the Line" (Auf der Strecke, 2007), received the Future Shorts Audience Award and a special prize.

Voters in constituency 38: “We will definitely vote for Nagif Hamzayev” (PHOTO/VIDEO)
Society 21 January 18:00