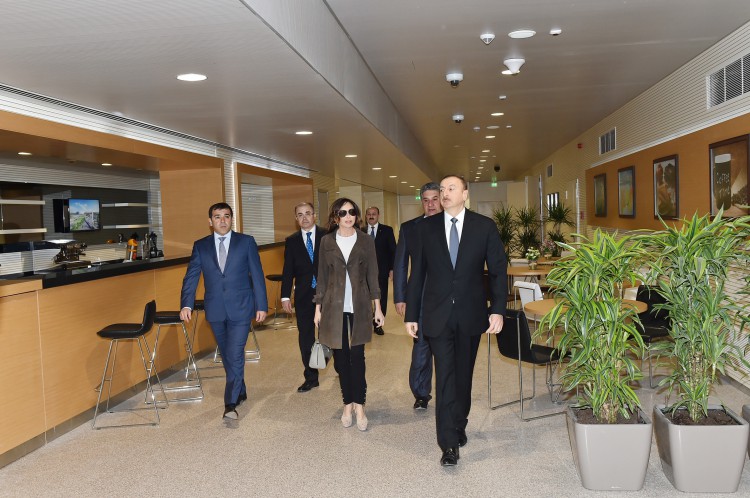 President of the Republic of Azerbaijan Ilham Aliyev and his spouse, chairperson of the Baku 2015 First European Games Organizing Committee Mehriban Aliyeva have reviewed the Baku Sport Palace after a major overhaul.

Youth and Sports Minister Azad Rahimov informed the head of state of the work carried out here. The state-of-the-art palace has all conditions for holding Olympic and Paralympic games.

The palace will host badminton and table tennis competitions during the inaugural European Games. The reconstruction saw the number of seats at the palace increase from 1,100 to 1,736.

In addition, there are offices and leisure rooms, conference and meeting rooms for employees of the Baku 2015 First European Games Organizing Committee.