UNEC rector: Students should be initiative in regard to teaching process (PHOTO) The main goal of the meetings was to introduce the university to the first-year students more closely, to provide the detailed information about innovations, and as well as, to listen to issues that concern them, to achieve the operational resolution and to exchange views.

Congratulating the first-year students on the occasion of getting the student title, the rector thanked them for choosing UNEC, the largest economy-oriented university in the region, teaching in 4 languages, and wished them success in their education.

Noting that, the selection of profession is one of the most important stages of human life, Muradov said tht econoists were in need at all times. The rector emphasized the importance of becoming a worthy citizen, who loves his country and nation, along with perfectly mastering their profession.

Noting that, in the recent years there was the considerable progress in the number of enrolled at UNEC applicants, scoring the highest points, the rector said that the choice of 63 percent of applicants scoring more than 600 points in the II specialty group this year was UNEC. He said that, he was proud of the fact, that UNEC was the first in the number of Presidential scholarships among the universities included in the structure of the Ministry of Education.

Speaking about many innovations implemented at UNEC, the rector said that, the new standards had been introduced in Turkish language teaching from this year and the number of specialties had been increased. Pointing to the improvement of staff training in technical and technological specialties at UNEC, Muradov stressed that the number of qualifications in this direction can be increased. The rector recommended the students to make suggestions in regard with the teaching process and to be initiative.

During the meeting the students were talked about the dual degree diploma programs of UNEC with London University/London School of Economics, University of Montpellier of France and, as well as, the exchange programs with European, Turkish and Russian influential higher education institutions.

Stating that, the rich library was bases for the education of high quality, A. Muradov noted that the library, meeting the modern standards and working for 7 days and 24 hours would be available soon for the use of students at UNEC.

At the end of the meeting, the questions taken interest in the students were answered and the proposals were listened. 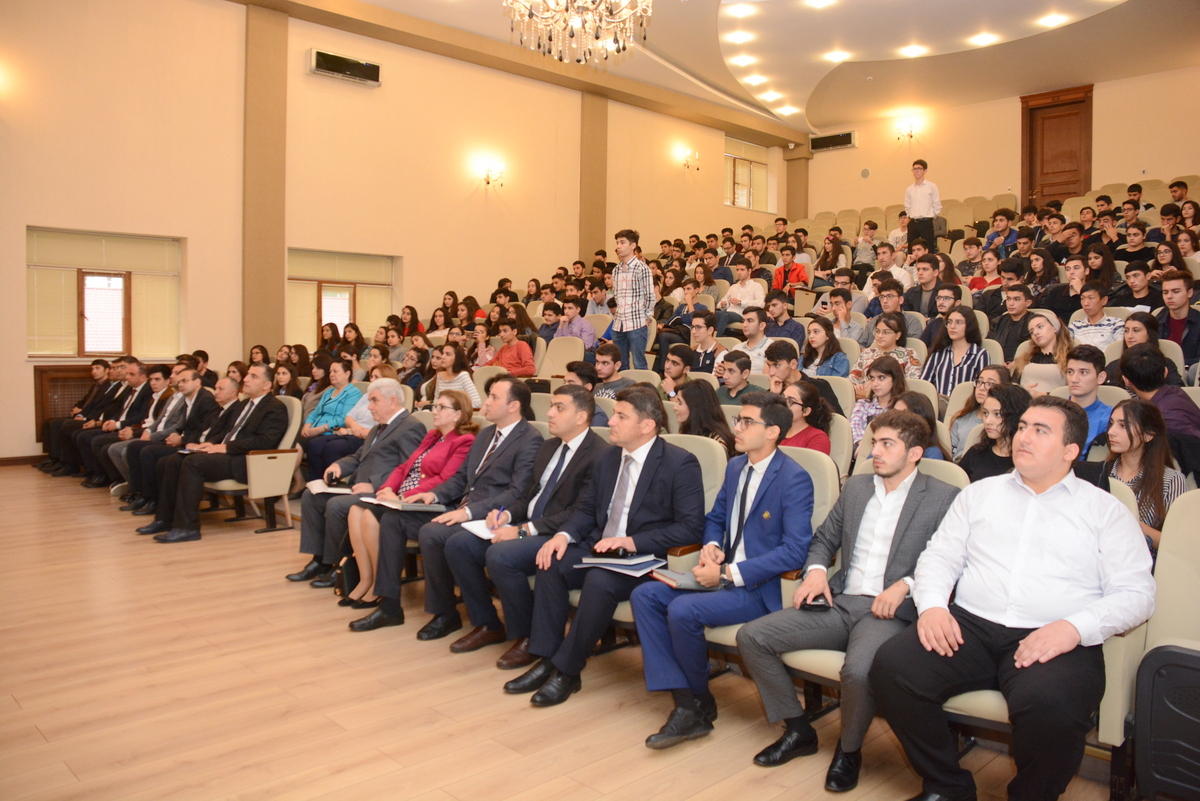