Representatives of the Agency for the Development of Small and Medium-Sized Enterprises (SMEs) of Azerbaijan are on a visit to Russia, Trend reports referring to the Ministry of Economy of Azerbaijan.

During the visit, head of the agency Orkhan Mammadov met with deputy head of the department for foreign economic and international relations of the Moscow mayor’s office Evgeny Dridze, during which he provided information about the agency’s activities, support mechanisms for SMEs and discussed opportunities for cooperation.

The meeting, organized on the initiative of the Azerbaijani Youth Organization of Russia (AMOR), was attended by Azerbaijani students studying in Russia as well.

Also, according to the "road map" signed in September between the agency and the Russian Federal Corporation for the Development of SMEs, a meeting was held between Russian and Azerbaijani businessmen with the participation of Orkhan Mammadov, executive director of the Russian corporation Alexander Braverman, representatives of AZPROMO and Tamiz Shahar OJSC.

The parties discussed expansion of relations in the field of SMEs, the implementation of joint projects in this direction.

As part of the event, discussions were held on establishing ties between Azerbaijani and Russian businessmen in the agriculture, construction, tourism, ICT, logistics spheres, etc. 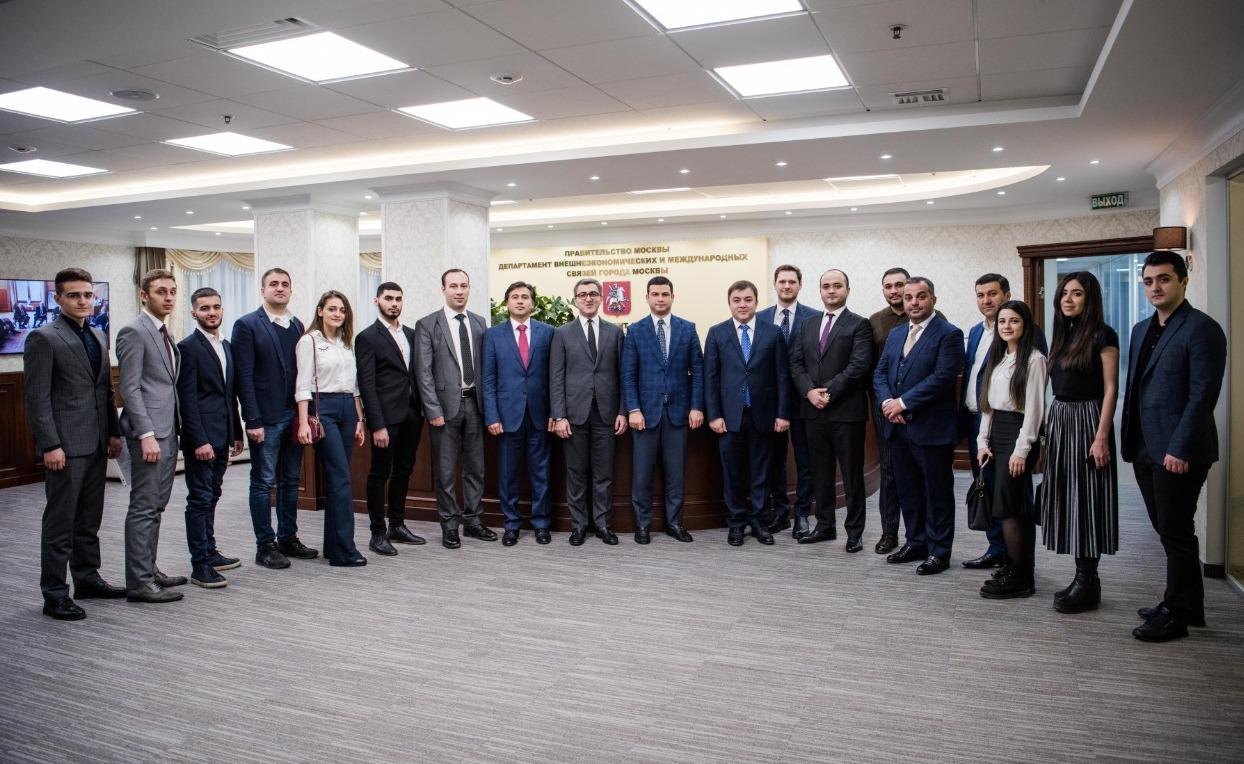