Despite financial crisis, the number of tourists who traveled to Azerbaijan increased 39.4 percent in 2008 and reached over 1,400,000, Azerbaijani Culture and Tourism Minister Abulfas Garayev said at a Cabinet of Ministers meeting on socio-economic development in Q1 of 2009.

The minister said there are 230 tourism companies and 370 hotels in Azerbaijan. The construction of 35 hotels is underway at the moment.

"The comparison of statistic figures shows that the government attaches great importance to tourism and culture. The funds allocated for this sector will increase 11.7 percent in 2009. The budget expenditures of the Culture and Tourism Ministry increased 3.7 times in 2009," the minister said. 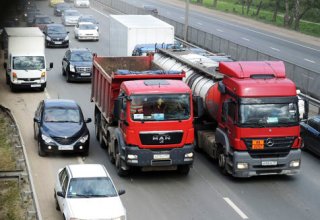