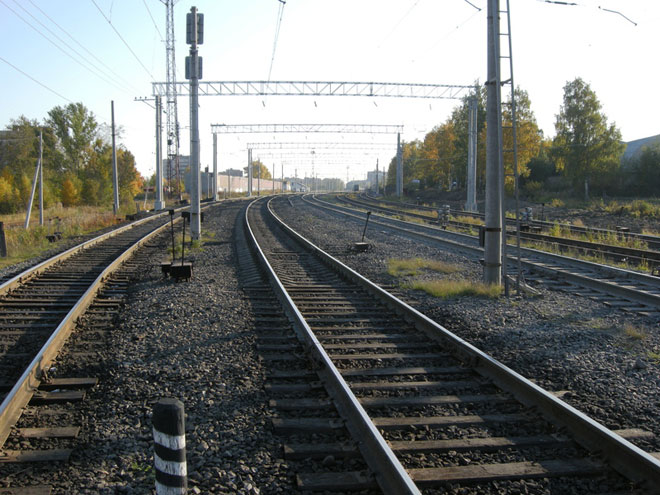 During his working visit to Balkan velayat (region) the President of Turkmenistan Gurbanguly Berdimuhamedov became familiar with the construction of Bereket-Etrek section of Kazakhstan-Turkmenistan-Iran transnational railway, Turkmen government said on Thursday.
The total length of the railway section, which will connect Bereket and etrap (district) center Etrek in the border of Turkmenistan and Iran, together with the lateral and accessory roads constitutes 325 kilometers.

According to the statement, currently the departments of Turkmenistan's Ministry of Railway conduct work on the laying of rails on the 95th kilometre of the railway from the Bereket station, and laying roadbed with macadam on the segment between the 95th and the 110th kilometer of the road.

As Turkmen television reported on Thursday, the map of Bereket-Etrek section and the infrastructure projects were presented to Turkmen leader, as well as projects of terminals and buildings, which will be built on railway stations Dyaneat, Dovletyar, Bugdayli, Balgui, Madav, Akdjadele.

In particular, in Etrek station, except terminal, it is intended to build roundhouse for maintenance of locomotives and wagons, loading and unloading areas, customs office buildings, sanitary-epidemiological and border services.
The large-scale "North-South" railway project is implemented on the basis of the trilateral intergovernmental agreement signed in 2007.

According to the experts, the regional project is aimed at providing European and Asian countries with access to Central Asia and the Persian Gulf. A similar opportunity will appear for the transit of goods from the countries of South and Southeast Asia, and the cost of the Indian Ocean to the countries of Northern and Eastern Europe through Iran, Turkmenistan, Kazakhstan and Russia.