An intergovernmental agreement on cooperation in the sphere of international motor traffic was signed between the Transport Ministries of Azerbaijan and Poland on Nov. 14 in Baku.

The agreement was signed by the Azerbaijani Transport Minister, Ziya Mammadov and his Polish counterpart, Slawomir Nowak.

The Azerbaijani minister informed the guests about the infrastructure and transportation projects in the country, as well as the republic's important role in regional projects.

Mammadov said the signed agreement will play an important role in transportation between Azerbaijan and Poland, as well as in the transportation of goods to third countries.

"We intend to expand ties in this sphere which will create quite acceptable conditions for cargo carriers. Azerbaijan has ambitious projects the main purpose of which is the country's integration into the world community. We are ready to cooperate and I believe it is necessary to hold regular meetings of this kind," the minister said. 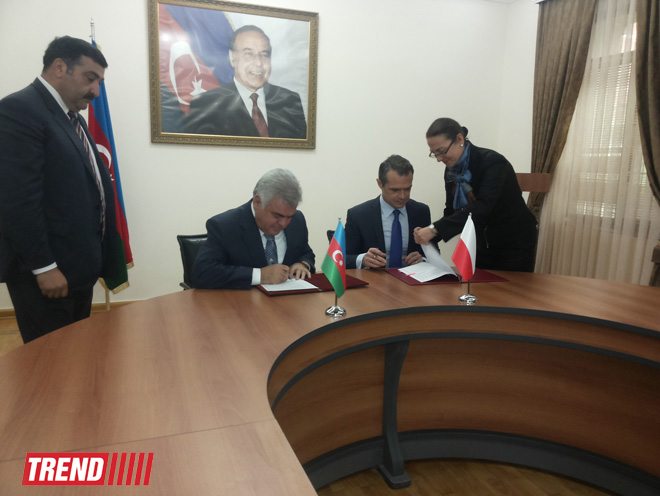