TAPI gas pipeline becomes as real as ever 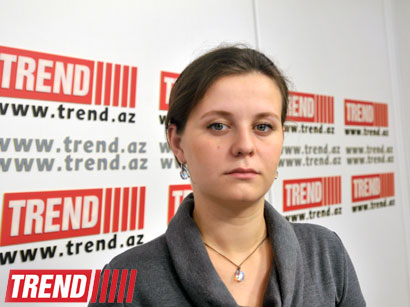 Around 33 billion cubic meters of gas per year are expected to be pumped from Turkmenistan to Afghanistan, Pakistan and India through a 1735 kilometre gas pipeline. The estimated cost of the project planned to be commissioned in 2017, is $7.9 billion.

Turkmen's largest field Galkynysh was proposed to ensure the capacity of the gas pipeline.

According to BP, as of late 2012, Turkmenistan has the largest natural gas reserves to the amount of 17.5 trillion cubic meters or 9.3 per cent of the world reserves of this fuel.

The countries where Ashgabat plans to export 'blue fuel' namely Pakistan and India, are gas producers. However, the volumes of its production are not enough to cover all the requirements of these countries. For example, according to BP, as the endpoint of raw material supply through the gas pipeline, India produced 40.2 billion cubic meters of gas in 2012, while consumption in the country during the same period amounted to 54.6 billion cubic meters.

Besides the extracted gas today, India is importing liquefied natural gas from the U.S., Qatar and European countries, Egypt, Algeria, Nigeria and Indonesia. The difference in the gas production and consumption is covered due to these volumes. For example, as of 2012, India imported 20.5 billion cubic meters of liquefied gas.

According to BP as of late 2012, Pakistan's gas reserves are estimated at 0.6 trillion cubic meters. It produced 41.1 billion cubic meters of 'blue fuel' in 2012. Gas consumption in the country is equal to the volume of its production. This means that Pakistan is not buying additional volumes, but this does not exclude the gas shortage in the country.

Gas consumption and production has increased by nearly 69 per cent in Pakistan for the past 10 years.

Currently alongside TAPI, Pakistan has another potential prospective gas import scheme, the Pakistan-Iran pipeline. Observers even said that this structure can hinder the implementation of TAPI. Nevertheless, almost a month ago Iran officially suspended the implementation of the almost half finished gas pipeline project saying that supposedly, an agreement on it will be absolutely annulled.

TAPI is more beneficial for Pakistan than other participants of the gas deal rather than the pipeline from Iran. Pakistan, where the economic situation leaves much to be desired will for instance, manage to cover the half of the expenditures for gas purchase from Turkmenistan through receiving payment for a gas transit to India.

This is the only way for India for today to get gas through the pipeline, as the country has flatly refused the Iranian gas for political reasons. In addition, Iran today is not considered as a stable gas supplier for Pakistan against the background of the situation in the international arena given the nuclear programme and sanctions imposed on the country.

When coming to Afghanistan, with proven natural gas reserves estimated at 49.55 billion cubic meters in early 2011, according to EIA data, it produced and consumed some 139.89 million cubic meters of gas in 2012 which is a scant figure.

Afghanistan's economy is in a deep decline and gas will be an indispensable resource for its rise. It is assumed that around two billion cubic meters of gas per year will be delivered to Afghanistan via TAPI.

Afghanistan agreed to buy some 500 million cubic meters of Turkmen gas in the first decade after commissioning the pipeline. The country has undertaken to buy one billion and 1.5 billion cubic meters of gas in the second and third decades respectively. These volumes of gas may be salutary for Afghanistan especially in the absence of any alternative.

Analysing the economic indicators of the project's participating countries, as well as the current situation around it we can safely say that this pipeline is very topical today and in certain moments even vital for those countries. The importance of its implementation under the current conditions cover all the risks related to its running through troubled regions such as Afghanistan and Pakistan.

Only technical issues on the formation of the TAPI consortium, its practical implementation, as well as whether Turkmenistan will give up its policy of selling gas on the border with all the subtleties of this energy route remain open.