Number of flights to Baku from Krasnodar airport increases

Reportedly, the flights will be operated by Nordwind Airlines, S7 Airlines, Pegas Fly (Ikar), and Azimut.

“Nordwind Airlines will carry passengers on Fridays at 12:45 (GMT+4). The return flight is scheduled for 18:25. From June 15, on Tuesdays, S7 Airlines began transporting passengers to Baku. Departure from Krasnodar is at 12:30, in the opposite direction on Wednesdays - at 23:05,” the message said.

Pegas Fly (Ikar) planes in Baku are scheduled to fly weekly on Wednesdays at 05:10. The board returns to Krasnodar at 10:40.

Azimut will launch flights to Baku on Saturdays starting from 26 June. The Sukhoi Superjet 100 aircraft will depart from Krasnodar at 08:10, and from Baku to Krasnodar - at 13:55.

Earlier, flights on the Krasnodar-Baku route were carried out only by the Azimut airline. 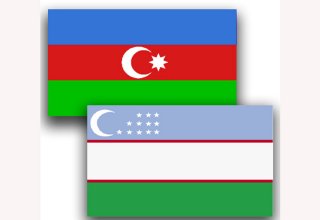