Almaty Chаllenger-200 crash investigation to be announced in early 2014 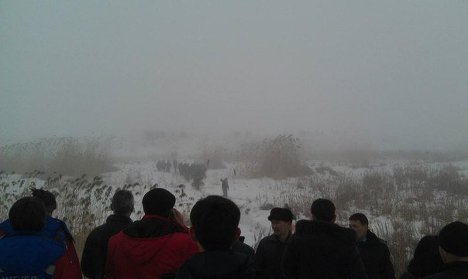 The results of the investigation on the crash of Challenger-200 near Almaty will be announced in early 2014, First Deputy Prime Minister of Kazakhstan Bakytzshan Sagintayev said.

"We involved experts of a manufacturing plant from Canada, experts from the U.S. and the international aviation committee in the very beginning. We are just beginning to receive data of forensic medical examinations. This is a very difficult job. I believe that after the completion of all the work in early 2014, the experts who work within the Ministry of Transport and Communications, will make an official statement," Bakytzshan Sagintayev said on Dec.26 at a briefing in Central Communications Service under the president of Kazakhstan.

Sagintayev added that he understands the relatives of victims who would like to know the cause of the incident.

"Therefore, we deliberately take the time in order to give a clear answer. We understand that this was not a simple crash, it belongs to the category of very complex ones. But at the initial stage, all the information was made public. We will make a report on the completion of the investigation in the beginning of the year," the first deputy prime minister said.

Challenger-200 aircraft crashed near Almaty, near the village of Kyzyltu in January 2013. The basic version of the crash was named weather conditions. The plane crash claimed the lives of 21 people.