Special preventive measures have been imposed at the Dushanbe International Airport (DIA) in Tajikistan due to Ebola spread, Avesta.Tj reported citing the chief of the DIA press office Mahmadyusuf Shodiev.

He said that the preventive measures include monitoring of all passengers arriving by direct or transit flights from Ebola-affected countries.

"Passengers looking suspicious are asked several questions and their body temperature is measured directly at the airport. In case if the symptoms of this disease are detected the passenger is handed over to the physicians, and additional measures are taken," Shodiyev said.

Ebola virus is rapidly spreading in West Africa, namely in Liberia, Sierra Leone, Guinea, Nigeria, Congo and Senegal. The cases of Ebola infection have been registered in the US, Spain, Norway, Australia and other countries as well.

The World Heath Organization (WHO) reports 4,033 people have died so far, with 8,399 probable or suspected cases. However in reality, this number could be much higher due to under reporting of the disease.

Centers for Disease Control and Prevention also estimate Liberia and Sierra Leone could see 1.4 million cases of Ebola within three months when under-reported cases are taken into account. 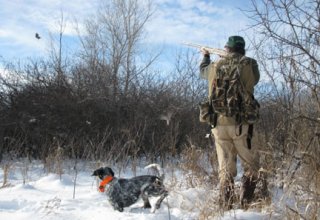