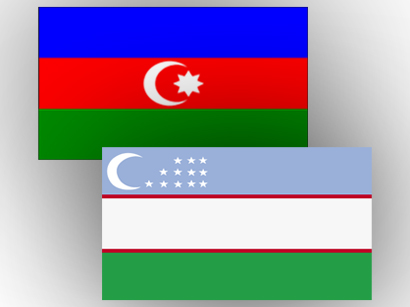 Uzbekistan has always attached special importance to strengthening comprehensive cooperation with Azerbaijan, the new Ambassador Extraordinary and Plenipotentiary of the Republic of Uzbekistan to Azerbaijan, Sherzod Fayziyev, believes.

"For Uzbekistan, Azerbaijan is a key partner in the South Caucasus region, which gains a growing geopolitical and economic importance," the diplomat said in an interview with Trend.

He said time has shown that the Uzbek-Azerbaijani relations have great potential and can play an important role in maintaining long-term stability and sustainable development in our regions.

"Relations between our countries are based on deep historical roots, community and proximity of our national traditions, customs, language, culture and religion," the ambassador said.

Fayziyev said these relations have clearly defined strategic priorities and targets, which, in turn, creates a very favorable and rare opportunity to build long-term cooperation based on mutual trust and mutual support in the new modern world.

"Uzbekistan has always advocated for a peaceful political settlement of the Nagorno-Karabakh conflict and believes that one of the main terms of the settlement should be to ensure the territorial integrity of Azerbaijan," the diplomat said.

Fayziyev said Uzbekistan appreciates the solidarity and support of the Azerbaijani side to steps and practical approaches taken by Uzbekistan to address the topical regional issues in Central Asia.

"We are particularly pleased with the fact that in recent years, relations between Uzbekistan and Azerbaijan have gained significant momentum, rising to the level of strategic partnership," the diplomat said.

He said the two countries do not have any areas that would have stayed out of sight.

Undoubtedly, the establishment of close and trustful dialogue between the leaders of Uzbekistan and Azerbaijan has been a key factor in enabling to bring bilateral relations to such a high level, and regular meetings between the heads of two states have become a good tradition, the diplomat said.

Fayziyev is convinced that the current level of relations between Uzbekistan and Azerbaijan hasn't exhausted all available means, on the contrary, there is a large untapped potential.

"In this regard, we are now actively working on the continuation of these contacts at a high and the highest levels," he said.

More intense trade, economic and investment ties are a priority area of cooperation between Uzbekistan and Azerbaijan, the ambassador believes.

"I think it is no exaggeration when I say that this area is the starting point for the promotion of all other areas of our relationship," the diplomat said.

Fayziyev said that in the current difficult conditions, including harsh effects of the global crisis, questions of definition of a joint action program, strengthening and deepening cooperation between enterprises and companies of both countries, further increasing mutual trade is paramount.

In this regard, he said, today Tashkent's efforts are aimed at identifying ways to promote cooperation between Uzbekistan and Azerbaijan in the sphere of trade, economic and investment exchange.

"Improvement of efficiency of activities in this area is also due to the activities of the joint intergovernmental commission on cooperation between Uzbekistan and Azerbaijan," the ambassador said. "A total of nine meetings of the commission were held, the last of which took place on September 23, 2010 in Tashkent".

Fayziyev said the two parties have great potential, which should be used.

Important in this regard could be the establishment of trading houses, joint ventures and companies in both countries, expansion of product lines supplied to each other, the diplomat believes. In this regard, he said, the Uzbek side invites representatives of business circles of Azerbaijan to establish direct partnerships.

"In our view, a promising direction is to further develop and deepen mutually beneficial cooperation in the field of transport and transport communications, as well as increased use of the huge transit potential of our territory," Fayziyev said.

Today, transportation routes from Central Asia across the Caspian Sea and then through the Caucasus to the ports of the Black Sea and the Mediterranean are of particular importance, he added.

In this context, Uzbekistan shows increasing interest in the use on this route of the port of Baku, as an important transport hub, which allows to develop a promising new Baku-
Tbilisi-Kars transport corridor with access to the markets of Southern and Central Europe, the diplomat said.

"I think that Azerbaijan is also interested in using the potential of Uzbekistan, located in the heart of Central Asia and having a huge economic strategic potential," Fayziyev said.

The ambassador said the investment potential of the Navoi free industrial economic zone, which has operated since 2008, also creates a good basis for deepening bilateral cooperation, including in transport and communications.

Being at the crossroads of the most important road, rail and air routes, an airport of the city of Navoi connects the countries of Southeast Asia with Central and South Asia, the Middle East, as well as states of the European continent, the diplomat said.

Joint construction of this new production facilities, as well as work on the implementation of intercontinental air traffic in the future will be especially beneficial for Uzbekistan and Azerbaijan, he said.