It is high time to impose sanctions on Iran: US congressman 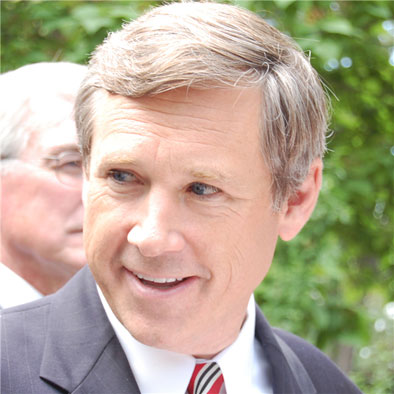 Real imposing sanctions in respect of which the United States passed a law should be part of the U.S. strategy aimed at combating the nuclear threat from Iran, believes Mark Kirk, U.S. Congressman.

"The United States' comprehensive strategy is to address the threat posed by a nuclear Iran must include giving real teeth to sanctions that are already the law of the land [United States]," Co-chairman of the bipartisan Iran Working Group and a representative of Illinois State, Mark Kirk said in an interview with Trend .

The U.S. Senate Banking Committee on Thursday will submit a bill for voting to tighten sanctions against Iran due to its nuclear activities. Sanctions will also deal with suppliers of petroleum products to Iran, as well as companies that build oil and gas pipelines in the country and provide tankers for transporting the Iranian oil.

Under the bill, the U.S. government will also be prohibited from purchasing goods from foreign companies that are actively involved in the energy sector of Iran.

Kirk added that during recent weeks, US lawmakers have taken steps to arm the White House with stronger sanction powers. The proposals have largely focused on Iran's fuel imports.

According to Congressman, the sanctions could affect Iran because, while the country is the world's second largest natural gas reserve and a major crude oil exporter, Iran does not possess the capabilities to meet its domestic gasoline needs.

Recently fifty US lawmakers, including Mr. Kirk urged President Barack Obama to enforce sanctions against foreign companies that invest more than 20 million dollars in Iran's energy sector, as called for under US law.

"But this legislation gives a strong 'go' signal to state and local leaders around America to get out of Iran," Kirk said.

He believes that Obama Administration cannot allow foreign companies to flagrantly violate US law by investing millions in Iran's energy sector with no penalties.

"As Iran attempts to draw the United States and our allies into endless negotiations while continuing its illegal uranium enrichment, the time has come for the Obama Administration to enforce U.S. law," said Kirk.

"Failure to enforce current sanctions against Iran could "embolden Iran and undermine diplomacy," Kirk said, confirming the position expressed by Republicans and Democrats.