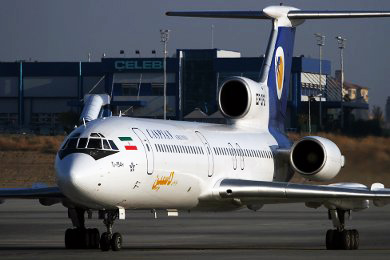 An Iranian airplane traveling to the country's north western city of Tabriz from Tehran flew back after experiencing technical problems.

The airplane made an urgent landing in Tehran's International Mehrabad airport 15 minutes after taking off, Iran's ISNA news agency reported on Sept. 1.

The plane departed from Mehrabad airport to Tabriz after the technical problem was fixed, according to the report.

It should be noted that an Iranian passenger plane crashed on Aug. 10 moments after takeoff from the Mehrabad Airport in Iran. Thirty-seven people, including six children, lost their lives on the spot while two others died in a Tehran hospital. Nine others suffered serious burns leaving several in critical condition.

Iran has suffered a series of airplane crashes, blamed on its aging aircraft and poor maintenance.

Western sanctions prevent Iran from updating its U.S. aircraft and make it difficult to get European spare parts or planes. The country has come to rely on Russian aircraft, many of them Soviet-era planes.