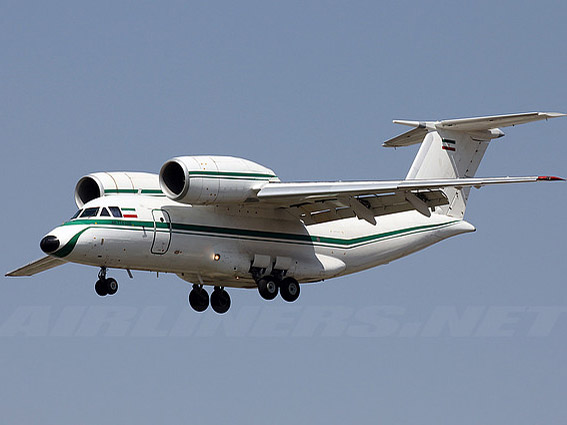 The Iranian aviation industry has suffered losses as a result of the international sanctions, he added, Iran's Fars news agency reported on October 5.

Currently, 150 persons are working in the country's aviation industry for a single plane. So, we will need to recruit 15,000 employees for 100 new planes, he said.

Jahangirian said on August 13 that Iran needs to import 50 airplanes annually at a cost of $2.5 million.

The national aviation fleet is comprised of 250 airplanes, but 100 of the airplanes are grounded due to the shortage of spare parts, he added.

Some 600 new airplanes should be added to the national aviation fleet by the next 11 years, he added.

Airplanes of the national aviation fleet are 21 years old on average, he noted.

Jahangirian said on May 17 that half of the grounded planes are irreparable.

"Oldness and depreciation were the main reasons for grounding the planes," he explained. "The grounded planes had 150-200 seat capacity."

He went on to add that, if international sanctions are lifted, the national aviation industry will burgeon in all production, maintenance, and international affairs.

Under the Geneva nuclear agreement, which eases sanctions against Iran, Tehran is allowed to purchase plane parts.

Despite the fact that the agreement was signed in November last year Boeing and General Electric corporations received a license from the U.S. Treasury Department just on April 4 to export plane parts to Iran.