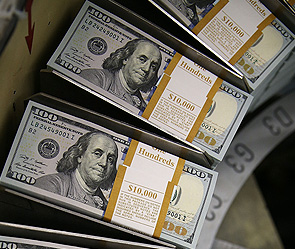 The Energy Ministry is to receive more than 3 billion dollars of the Chinese finance for development projects across Iran, deputy energy minister said Monday, IRNA reported.

'The Central Bank of Iran and the Ministry of Economic Affairs and Finance have been assigned with negotiating the terms of Chinese financing,' Alireza Daemi stated, adding that the Energy Ministry plans to use its share of the finance for construction and development of three dams and two power plants. However, according to financialtribunedaily.com, Daemi acknowledged that the government needs to focus on the use of domestic resources for financing mega energy projects.

Iran is in the process of securing a credit line from China that would finance the renovation of the 400,000-b/d Abadan refinery, the country's oldest and largest crude oil processing complex.

Detailed design work for the refinery's expansion project currently is underway, with construction scheduled to begin soon after these preliminary efforts are completed, said Abbas Kazemi, managing director of National Iranian Oil Refining and Distribution Co. (NIORDC), in a statement posted on the website of oil ministry.

The renovation project at Abadan aims to stabilize overall operations at the refinery, which will include modernizing and expanding processing technology used at the plant's units in order to increase production of fuels adhering to Euro-5 quality specifications, according to Kazemi.

In addition to renovating and replacing outdated installations and units to maximize gasoline production, the project also involves work to increase the refinery's production of feedstock for associated petrochemical plants, and also to reduce its emissions of pollutants.

NIORDC also plans to build a new 210,000-b/d processing unit as part of the Abadan project that would include units for crude distillation, hydrotreating, continuous catalytic reforming, hydrocracking, isomerization, hydrogen production, amine treatment, as well as units for sulfur and LPG recovery, according to NIORDC.