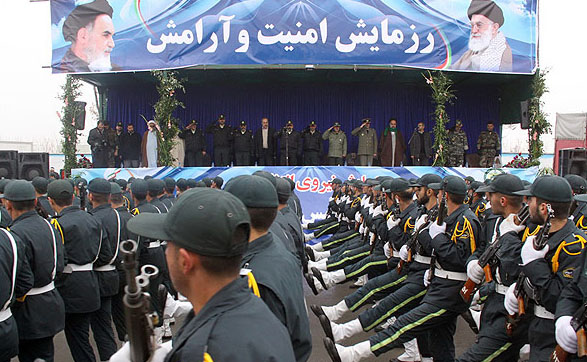 The candidates have been obliged not to do activities which are prescribed by the leaders of sedition, he said.

Ahmadi-Moghaddam's remarks hinted at President Mahmoud Ahmadinejad's rivals Mir Hossein Mousavi and Mehdi Karroubi who claimed large irregularities in the results after the presidential elections in May 2009. Millions of Iranians also protested against the results.

The Iranian police arrested a number of people during a promotional meeting of presidential candidate Hassan Rouhani on Saturday at the Jamaran Mosque in Tehran.

Saeedollah Badashti, the head of the headquarters of the young followers of Hassan Rouhani, was among the arrested people, the reformist website Kalame wrote.

Iran's Judiciary Chief Ayatollah Sadeq Amoli Larijani has said that the judiciary system and the law enforcement force will not allow any fraud and unrest in the upcoming presidential election.

Some western media and their followers inside the country are trying to infuse the idea of vote rigging in the society, so that if their favorable candidate does not win, they will direct minds toward a fraud, he added.

If anyone wants to fuel unrest, the judiciary system will decisively deal with the issue, he said.