Politics Materials 24 June 2015 13:48 (UTC +04:00)
Iranian MPs gave their vote in favor of education minister, Ali Asghar Fani at the end of an open session on June 24 for his impeachment. 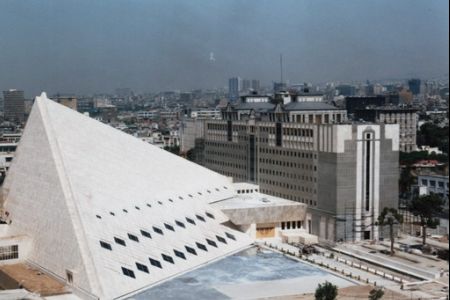 Iranian MPs gave their vote in favor of education minister, Ali Asghar Fani at the end of an open session on June 24 for his impeachment.

Fani received 167 votes in support, meanwhile 76 MPs voted for his dismissal and 16 abstentions, which means the lawmakers were convinced by the minister's responses, Iran 's State IRINN TV reported.

The open session is attended by 256 legislators and chaired by the Parliament's First Vice Speaker, Mohammad Hassan Aboutorabifard.

The impeachment proceeding against Fani was approved with 64 signatures last week.

A number of lawmakers later withdrew their signatures from the impeachment motion, but the MPs decided to go ahead with the procedure when the number of the remaining signatures did not drop below ten, which is the minimum number of votes required for impeachment.

Fani was accused of failing to urge the administration of Iranian President Hassan Rouhani to provide schools with necessary resources and to expand educational space in deprived areas.
He was also under fire for failing to adopt practical measures to enrich and promote the efficiency and quality of educational programs.