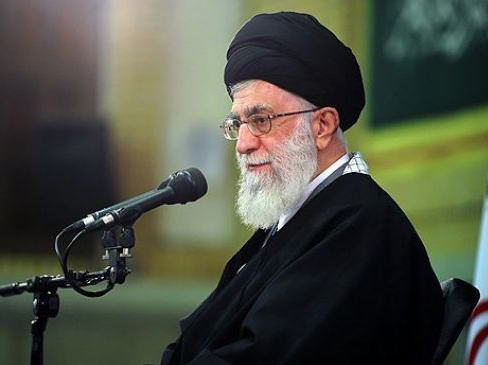 Rear Admiral Ali Fadavi, the commander of the IRGC Navy, as well as four other IRGC navy commanders received Medals of "Fath" (Conquer) from Khamenei on Jan. 31, the leader's official website reported.

Khamenei further agreed on rank promotion of the IRGC staff, involved in the operation over the request of the Armed Forces General Command Headquarters.

On January 13, the IRGC announced that ten US Marines, who had drifted into the country's territorial waters in the Persian Gulf and had been taken into Iranian custody, had been released after Americans apologized for the incident.

On Jan. 24 Khamenei received the IRGC naval forces who arrested 10 US sailors. He commended as timely and praiseworthy the "brave" move by the Islamic Revolution Guards Corps (IRGC) forces in arresting the sailors.

The leader stated that the praiseworthy measure by the IRGC forces stemmed from their faith and courage and was taken in the right time.

Rouhani: No country ever thought that Iran would survive so much pressure
Politics 27 January 11:47