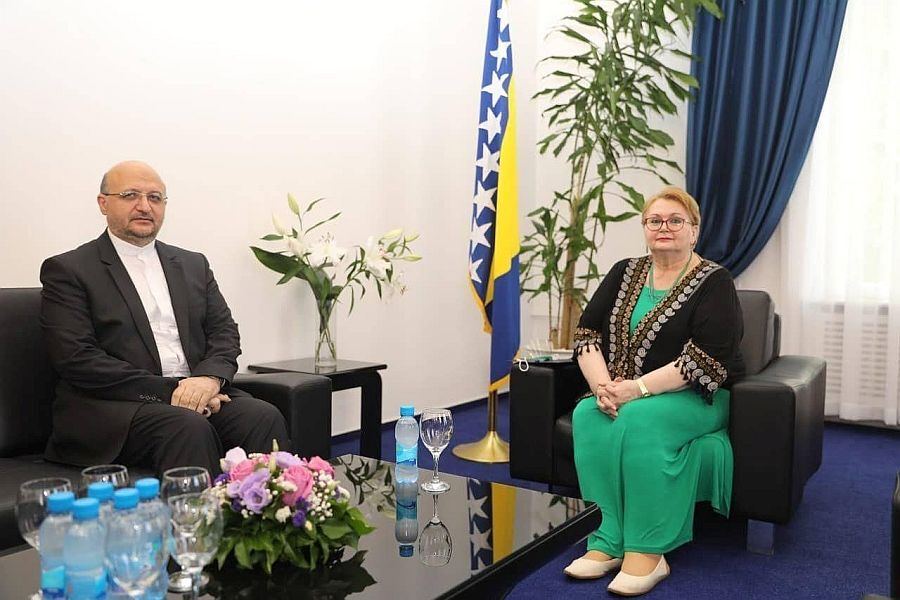 Deputy Chairman of the Council of Ministers and Minister of Foreign Affairs of Bosnia-Herzegovina Bisera Turkovic met and held talks on Monday with Mahmoud Heidari, Ambassador of the Islamic Republic of Iran to Sarajevoç Trend reports citing İRNA.

Turkovic urged the need to promote friendly relations between the two countries in various fields while appreciating the support of Iran.

She also reminded the effective role of the Iranian government and people in supporting the people of Bosnia-Herzegovina in difficult times.

Turkovic said that the people of Bosnia-Herzegovina will always appreciate the support of the Iranian people.

Heidari described the efforts and achievements made to improve the relations between the two countries in recent years and called for more preservation and strengthening of the process of expanding bilateral relations in the future.