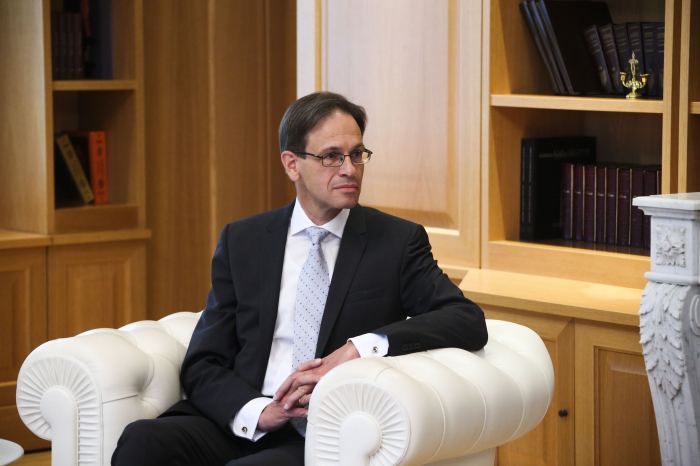 Georgia has had very important positive results in the fight against the COVID-19 pandemic, said Ambassador Extraordinary and Plenipotentiary of Germany Hubert Knirsch, Trend reports via the Press Service of the Government Administration.

He made the remark during the meeting with Prime Minister of Georgia Giorgi Gakharia.

The meeting was attended by Head of the Administration of the Government Natia Mezvrishvili and the prime minister’s Advisor on Foreign Affairs Irakli Chikovani.

Gakharia congratulated the German ambassador on the presidency of the Council of the European Union (EU), which was assumed on July 1 by Germany for the next six months. According to the German ambassador, European countries overcoming the consequences of the COVID-19 pandemic will be the main priority during the presidency, along with the political and other important issues on the EU agenda.

Knirsch also noted that Georgia has had very important positive results in the fight against the pandemic, adding that both the decisions made by the country’s authorities and the efforts of the citizens of Georgia must be emphasized in this context.

For his part, the prime minister thanked the German ambassador for the recognition, trust, and strategic partnership, which was once again reaffirmed by the European Union when it named Georgia among the 15 countries with which it recommends opening of borders.

Gakharia noted that the European Union’s assessment of Georgia as a safe country in terms of the spread of COVID-19 is a great opportunity that should be used wisely and consistently. It was stressed during the meeting that Georgia continues to work with specific EU member states in order to make the gradual and coordinated resumption of safe travel possible. It was emphasized that the safety and health of citizens remains the number one priority for the Georgian authorities.