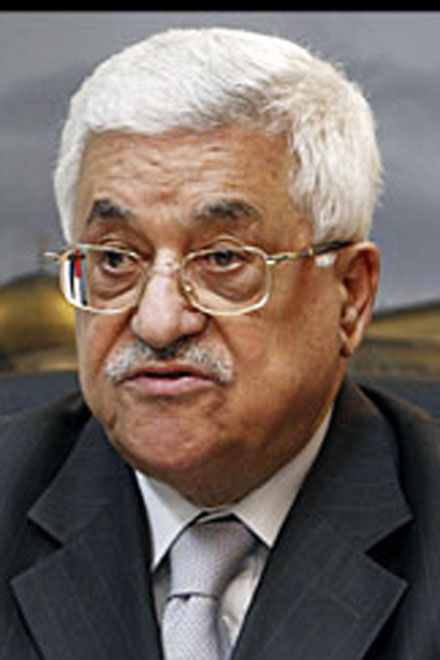 Palestinian President Mahmoud Abbas called again on Wednesday for a halt to Israeli settlement building before he would resume talks with Israel, accusing it of trying to scupper Palestinian statehood, Reuters reported.

Addressing supporters of his Fatah party in Ramallah on the fifth anniversary of the death of his predecessor Yasser Arafat, Abbas said U.N. resolutions called for there to be a "clear framework" for talks to end more than 60 years of conflict.

"We cannot go to negotiations without a framework. And we say the framework is U.N. resolutions, meaning a return to the 1967 borders," Abbas said. "What's new in this demand?

"Also, we want a full stop to settlements, including natural growth and in Jerusalem," the 74-year-old leader said.

The Palestinian leader told the crowd he did not want to go into his desire not to seek a second term as president in a January election.

"On this occasion, I don't want to talk again about my wish not to run in the upcoming elections," Abbas said.

"As I said in my speech, there will be other decisions ... that I will take in light of coming developments," he said, referring to his announcement last week that he would not seek re-election.

"Without this, I will not agree," he told supporters.

He accused Israel of trying to thwart the internationally backed "two-state solution" for the creation of a Palestinian state alongside Israel.