Fatah to form committee to end Hamas' grip on Gaza 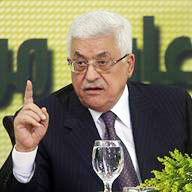 Fatah Revolutionary Council met in the West Bank city of Ramallah on Friday and "discussed formation of several committees, most importantly a committee working on restoring Gaza to the Palestinian legitimacy," Hazem Abu Shanab, a member of the council, told Xinhua.

Abu Shanab said the committee would present a report on the mechanisms of restoring Gaza by April.

Meanwhile, Jamal Nazzal, a Fatah spokesman, said the committee would "formulate a strategy to strip off all kinds of opposition Hamas imposed on reconciliation."

Hamas refused to sign an Egyptian-proposal to reconcile with Fatah and raised reservations on elections.