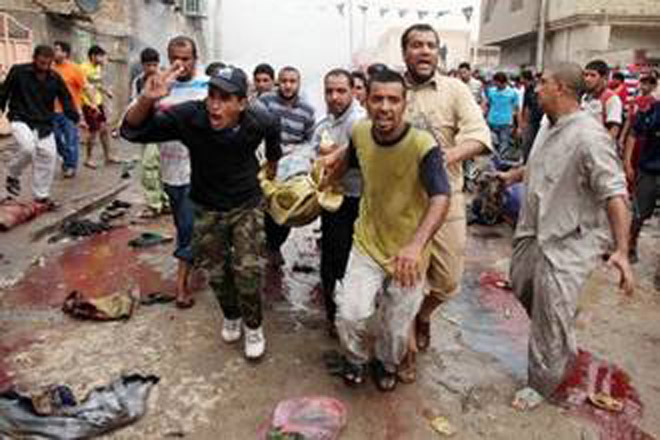 A total of eight people were killed and 25 injured Tuesday in two attacks in Iraq, police and government sources said, DPA reported.

The car was parked between a automobile shop and a coffee shop overlooking Diyala river, in central Baquba, the source said according to Yaqen news website.

In Kirkuk city, three policemen were injured when an explosive device went off targeting their patrol, a police source told the German press Agency dpa.

Police forces defused another bomb that was put under a cellphone tower in the region of Taza, southern Kirkuk.

Cooperation issues discussed with Swiss Re for further development of insurance market in Azerbaijan
Politics 17:17