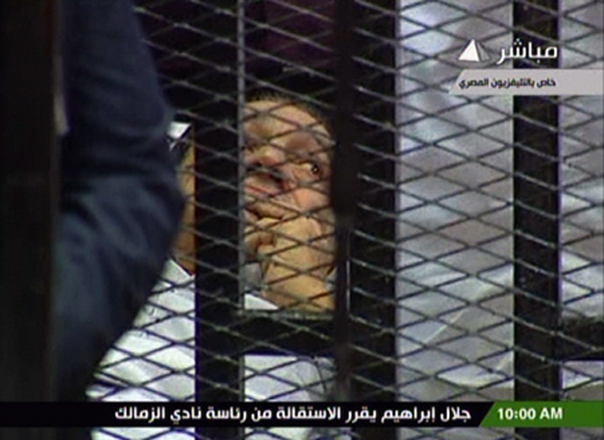 Cairo security chief Mohsin Murad viewed the security situation outside the Police Academy where ex-president Hosni Mubarak and his sons' trial is underway.
He called on martyrs families and youth to follow the order and necessary instructions and to obey security forces.
At the same time he urged security forces deployed outside the court premises in Cairo to self-control.

An Egyptian court trying Hosni Mubarak over the killing of protesters who ousted him will hear more testimonies on Wednesday after police witnesses suggested this week that neither he nor his interior minister gave orders to shoot.

Egyptians who helped oust the 83-year-old Mubarak after 30 years in power have regularly gathered at the court on the outskirts of Cairo demanding swift justice for about 850 people killed in the uprising.

Supporters of Mubarak, who has been in hospital since April and attended all three court sessions on a stretcher, have scuffled with them.

Mubarak, the first Arab head of state to be tried in person since unrest erupted across the Middle East this year, is charged with conspiring to kill protesters and "inciting" some officers to use live ammunition.