Minister: Syrian gov't not to negotiate with "terrorists" 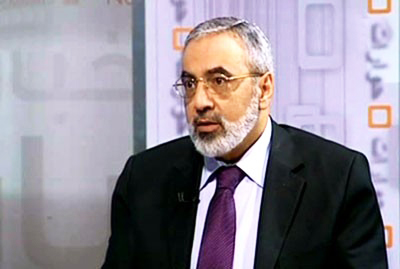 Syria's Information Minister Omran al-Zoubi stressed his country's readiness to take part in the planned Geneva II conference without preconditions, but made it clear that the Syrian government will not negotiate with " terrorists or Takfiris," Xinhua reported according to the state-run SANA news agency.

While stressing that the "political solution has been an original choice for the Syrian government since the beginning of aggression on Syria," al-Zoubi said Syria will not negotiate with terrorists who took part in shedding the Syrians' blood or their supporters, whether they were Syrians or not.

The Syrian government has, since the beginning of the crisis, accused regional and international powers of supporting the rebellion in Syria, which has turned into a sectarian conflict featuring al-Qaida-affiliated groups which are fighting against the Syrian administration.

The minister's remarks were made just hours after Arab League ( AL) chief Nabil al-Arabi said the second Syria peace conference will be held in Geneva, Switzerland on Nov. 23-24.

Al-Arabi said he was informed of the date by visiting UN-AL joint special envoy to Syria Lakhdar Brahimi at the Pan-Arab body' s headquarters in Cairo on Sunday.