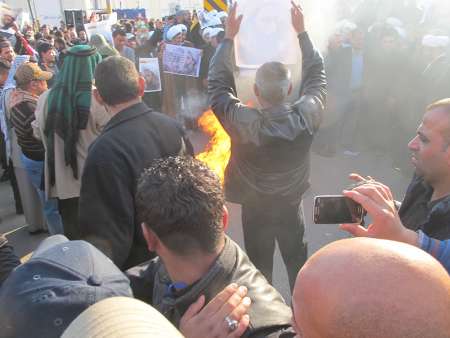 Angry protesters, who had gathered outside the Saudi embassy in Iraq to express their grief over the execution of prominent Shia cleric Nimr al-Nimr by Saudi authorities, crossed security barriers and entered the embassy compound, IRNA reported.

The protesters chanted slogans against the Saudi government. After reading a statement at the embassy compound, the protesters called for halting the process of reopening the Saudi embassy in Baghdad. They, then, headed for the building of the embassy.

No Saudi diplomats or employees were in the building at the time as the Saudi embassy has not been officially reopened.

Recently, the Saudi ambassador choice in Iraq wrote in a post on his personal page in a social network that he is in full security supported by the Iraqi government.

His remarks, which came simultaneous with the execution of Sheikh Nimr in Saudi Arabia, sparked anger across Iraq.

Iran's exports via its Mehran customs significantly up
Business 27 January 14:24