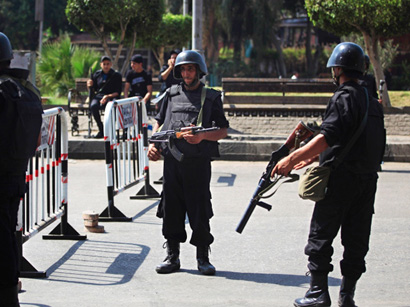 In the framework of strengthening measures to prevent terrorist threat inside the country, the security of Egypt's state officials and key infrastructure would be tightened, the ministry statement said Sunday.

Earlier on Sunday, an attack cathedral claimed at least 28 lives and injured 70 more people. Another explosion took place in Cairo on Friday, killing at least six police officers and injuring six other people.