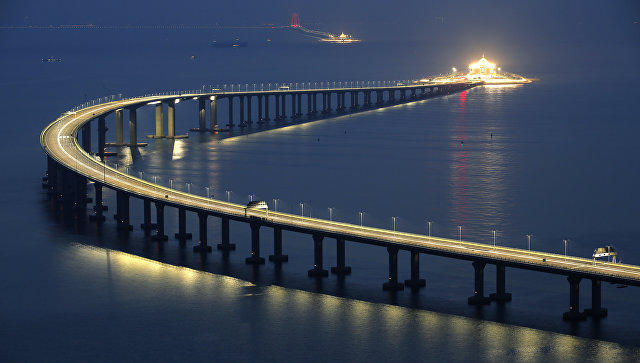 Chinese leader Xi Jinping opened one of the world’s longest bridges on Tuesday, during a tour to southern China that is seen by some as an opportunity for Beijing to reaffirm its commitment to economic liberalization, Reuters reports.

The Hong Kong-Zhuhai-Macau bridge is made up of nearly 35-km (22-mile) bridge and road sections and a 6.7 km (4-mile) tunnel, and has been dubbed the longest “bridge-cum-tunnel sea crossing” in the world.

It will link the financial hub of Hong Kong to the relatively less developed western reaches of the Pearl River Delta in Guangdong province, as well as the former Portuguese colony and gambling hub of Macau.

Xi said nothing during the inauguration of the bridge on Tuesday morning other than to declare it officially open to a burst of fireworks projected onto a screen behind him.