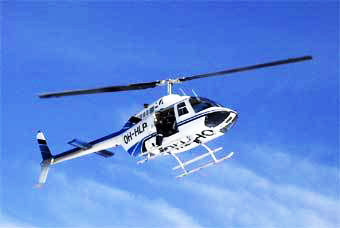 According to preliminary information, two Russians and one Greek were on board a helicopter that crashed near Poros Island, Greek media reported, Trend reports citing Sputnik.

The private helicopter Agusta A-109 crashed into the sea off the coast of Attica at about 3:40 p.m. local time (12:40 p.m. GMT), according to the Greek Reporter.

According to the mayor of the nearby town of Galatas, Konstantinos Karagiannis, there are “no survivors”.

After hours of searching, a local diving unit found three bodies that supposedly belong to the two Russian passengers, a woman and a child, and the helicopter’s Greek pilot. The potential cause of the crash is reported to be an accidental contact of the helicopter with power lines on the island.

The Russian Embassy in Greece has confirmed the death of two Russians in the helicopter crash.

Following the possible incident with the power lines, electricity on the entire island has reportedly been cut off.

Several vessels belonging to Poros’ port authorities, emergency services, and several private boats have promptly arrived at the site of the crash in order to help in the search and rescue for the helicopter’s passengers and pilot.

The helicopter reportedly took off from Galatas and was heading for an airport near Athens.