An illegal migrant was shot and wounded in the Mrkopalj area of western Croatia, near the Slovenian border, local police announced on Thursday, Trend reports citing Xinhua.

Police from Primorje-Gorski Kotar County said the incident took place on Wednesday when they encountered a group of illegal migrants. One migrant resisted a police officer, leading to the shooting.

The migrant who was shot in the right shoulder was immediately transported to a hospital in coastal city Rijeka and is currently in stable condition.

Police said the shooting was an accident, without releasing further details.

A similar incident happened on Nov. 16, when a police officer seriously injured a migrant. The police claimed then that an officer slipped and fell and accidentally fired a single gunshot. Media here reported that the migrant is still recovering. 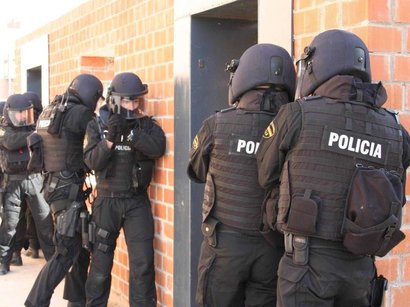