Labour leader Jeremy Corbyn said on Friday he would stand down as his party faced its worst electoral defeat in 84 years, but he did not set a date for his departure and added he would remain in charge during a period of reflection, Trend reports citing Reuters.

An exit poll and early results showed Prime Minister Boris Johnson’s Conservative Party were set for a resounding victory in Britain’s election, allowing him to deliver Brexit on Jan. 31.

Critics blamed a collapse in support in traditional Labour strongholds on Corbyn’s equivocation over Brexit, and said many voters had cited their dislike for him on doorsteps across the country.

That leaves Labour, a 100-year-old party born out of the trade union movement, wrestling with what went wrong and what to do about it.

“I will not lead the party in any future general election campaign,” Corbyn said in his north London constituency, where he comfortably held on to his seat. The 70-year-old described the election results as “very disappointing.

“I will discuss with our party and ensure there is now a process of reflection on this result and the policies that the party will take going forward.” 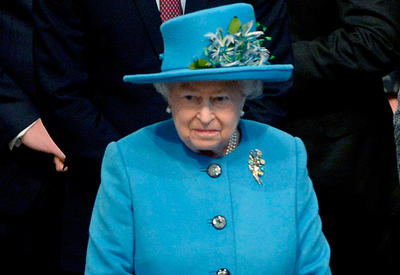