Alpina Returns to Racing with B6 GT3 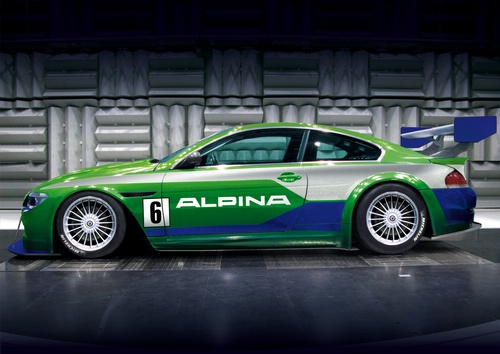 ( WCF ) - After a 20 year hiatus, BMW specialist/manufacturer, Alpina, will return to motorsports with an entry into the 2009 FIA GT3 European Championships in addition to a few other prominent endurance races.

With Alpina's B6 S model as the basis, the B6 GT3 will step into a starting grid of 45 pure-bred challengers such as Ferrari, Lamborghini and Aston Martin to name a few. The B6 GT3 uses the super-charged 4.4 liter V8 engine from the B6 S making 530 HP, 725 Nm.

The prime directive, besides winning, is to raise Alpina's brand recognition as well as increasing exposure to markets new to the Alpina name. However, motorsports will be Alpina's fourth business venture as the B6 GT3 will not only be a factory car but sold to private parties, collectors and race teams as well.