Government-owned Nepal Television said at least six districts in western Nepal had been hit by heavy rains since Friday night causing landslides in several mountainous areas and flooding farmland and villages in the plains, dpa reported.

It said at least four people were killed when their houses were buried by landslides in Gulmi and Kalikot districts, about 300 kilometres west of the capital Kathmandu.

The television also said Kanchanpur districts, about 450 kilometres west of the Nepalese capital, had been hard hit by floods sweeping away at least 250 houses.

At least one person died and another 15 were missing in the district with over 2,000 families displaced from their homes.

Hundreds of hectares of farmland and dozens of villages were under several feet of water following heavy monsoon rains, the television said.

Rescue workers brought 60 people to higher ground and were searching for the missing.

A major highway running though the district was submerged cutting off transport links with the rest of the country.

The meteorological department said heavy monsoon rains hit western Nepal since Friday and were expected to continue through Sunday.

Although monsoon has been relatively weak this year, at least 60 people have died in flooding and landslides across the Himalayan nation since June.

Nepal receives nearly 80 per cent of its total annual rainfall during four-month monsoon season from June to late September. 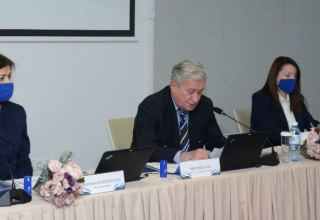